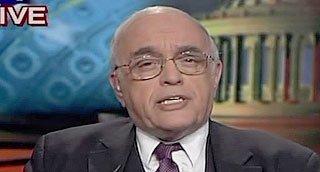 Last week, I detailed the growing use of YouTube as a strategic communication tool. Now, in today’s Chicago Sun Times, Washington Post, and in other papers across the country, there appears a leading example. Syndicated scribe Robert Novak opens his column about the Missouri constitutional amendment on stem cell research by referencing a campaign video archived at YouTube.

The video, sponsored by Missourians Against Human Cloning, doesn’t define opposition to the amendment in moral or religious terms. Instead, in a strategy designed to broaden their support, the group frames the matter as really about public accountability. Spokesperson Cathy Ruse argues that the amendment is a way to benefit “biotech special interests who stand to gain millions of dollars in profits,” and that the measure “attempts to deceive Missourians and exploit women, giving biotech special interests a blank check,” while creating a “financial windfall for one special interest….”

It used to be that if you archived a video on the Web, you had two problems. The first was drawing traffic to the video, and the second was telling people about how to find it via the Web address.

YouTube solves the second problem, as an adept Internet navigator can do a quick key word search at the site, and find the video. In fact, workplace word-of-mouth such as “did you see that clip on YouTube about cloning?,” is all an Internet user might need. No more plugs on TV or in an op-ed byline for “go to my www.very-long-address.com.”

Next, if you can team with an ideologically like-minded columnist in the “old media” newspaper industry to mention your archived video on the “new media” YouTube, you suddenly have the perfect synergy between a newspaper audience and the new YouTube audience.