Homelessness is perhaps the most disconcerting reminder of the staggering gap between the rich and the poor in some of the world’s wealthiest nations. In Detroit alone, more than 18,000 people are homeless – a social circumstance most grueling over the cold winter months. To address the issue, 21-year-old Detroit design student Veronika Scott has developed a clever multifunctional garment – Element S(urvival), an inexpensive but highly insulated winter coat that quickly and easily transforms into a sleeping bag. 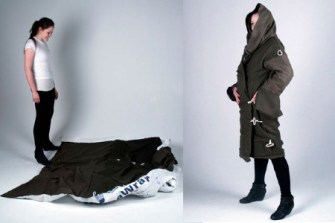 Scott spent $2,000 of her own money to construct several prototypes, developed after extensive field research through months of conversations with Detroit’s homeless in order to identify their core needs. (The conversations themselves, no doubt, were an additional source of warmth for them.)

The coats are made of Tyvek home insulation and wool army blankets, materials low-cost enough that Scott hopes to eventually start offering the coats for free. After meeting with Scott, Mark Valade, CEO of Michigan-based clothing heritage brand Carhartt, donated a number of sewing machines, which Scott plans to use in an assembly line for the coats, employing the homeless themselves and helping them get not only warmth, but also a paycheck. 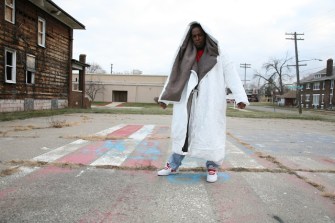 Catch the full story on NPR and consider supporting Scott’s work with a PayPal donation.

Maria Popova is the editor of Brain Pickings, a curated inventory of miscellaneous interestingness. She writes for Wired UK, GOOD Magazine, Design Observer and Huffington Post, and spends a shameful amount of time on Twitter.

China Announces a New Approach to the Sex Trade