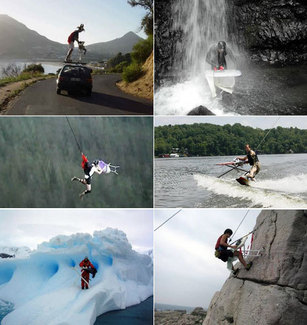 There’s something about this that looks a wee bit dangerous: extreme ironing competitions. Apparently, this is legit: you can buy a book about Extreme Ironing on Amazon.com (U.K.) or watch any number of extreme ironing YouTube videos. There is simply no longer any good excuse for an unpressed shirt!