Here are my notes from Day 1 of the World Technology Summit & Awards in New York City. My colleague at Iowa State, Dr. John Nash, and I have been having eating from Halal stands, learning about Twitter and the Iran election, and enjoying the enhanced police presence for President Obama’s speech tomorrow celebrating the 100th anniversary of the NAACP.

Jim Clark, How to save the future (and how to think about it)
Scott McLeod, Did You Know?

Changing the world: NGOs, international development, and the Internet
Daniel Wilson, Where’s my jetpack? A guide to the science fiction future that never arrived
Zhengrong Shi, The future needs solar (Suntech)
Innovation: Is this the best or worst of times? 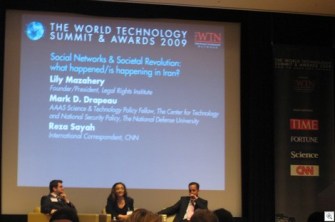 Social networks and societal revolution: What happened / is happening in Iran? 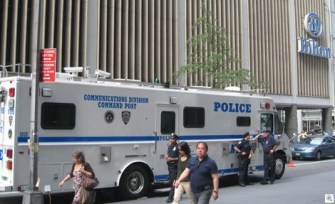