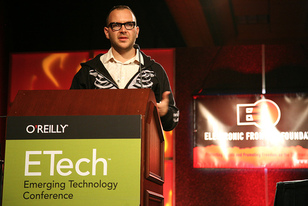 Over at U.S. News & World Report, James Pethokoukis has assembled a Who’s Who of the innovation world — including Cory Doctorow of BoingBoing — to offer their opinions and views about the current state of U.S. innovation. According to Pethokoukis, America needs more of the type of innovation, creativity and just plain weirdness found on the Boing Boing site, which describes itself as “a directory of wonderful things.”

In addition to Doctorow, Pethokoukis interviews Tim Brown of IDEO, Niti Bhan (one of my favorite bloggers!), Jeff Cornwall (a professor at Belmont University and the author of The Entrepreneurial Mind blog), and Glenn Reynolds (aka “Instapundit”) for their suggestions on how to improve U.S. innovation. Niti, for example, suggests creating specialized design schools for 16-to-19-year olds, similar to the type of program that James Dyson is setting up in the United Kingdom, while Tim Brown suggests creating a National Innovation Index that would highlight companies that are using innovation to spearhead economic growth.

For anyone trying to get up to speed on the most important innovation ideas of 2007, this article by Pethokoukis is a must-read.