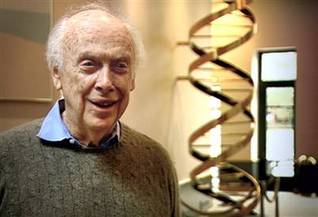 nGoogle’s attempt to make all of the world’s information searchable now extends to the human genome. As Walter Derzko of the Smart Economy blog points out, Google has just invested $3.9 million in 23andMe, a start-up company that enables users to search their genetic profiles online: n”Google said that the investment was made as 23andMe’s goal of developing newn ways to help people make sense of their genetic information will help usn further our mission of organising the world’s information in this new andn important field.”

For those interested in the Byzantine-like collection of links and interconnections between the entrepreneurs and venture capitalists of Silicon Valley, one of the co-founders of 23andMe (Anne Wojcicki) happens to be the new wife of Google co-founder Sergey Brin. In a case of six degrees of separation, Sergey and Anne met when Anne’s sister rented her garage to serve asn Google’s early offices. Moreover, the company’s board of directors includes none other than technology guru Esther Dyson.