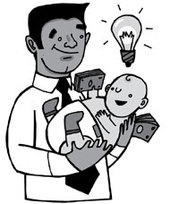 Looks like the old Don’t Trust Anyone Over 30 maxim that was popular during the rebellious 1960’s has been re-mixed by Baby Boomer Silicon Valley venture capitalists to become “Don’t Fund Anyone Over 30.” In the New York Times, Dan Mitchell points to a recent piece by Steven Levy in Newsweek describing the renewed emphasis on providing VC backing to youthful founders: nn

It is “dramatically cheaper to start a company now,” he wrote, so itnis substantially easier to build a business, sometimes without needingnventure capital. “Software tools, which used to cost hundreds ofnthousands, are now largely free,” while computer equipment andnbandwidth are much less expensive. All that is great, as long as you are not too old. “The old wisdomnfor investors in start-ups said you needed an experienced hand as anC.E.O.” Mr. Levy wrote. “The Valley’s new wisdom: don’t fund anyonenover 30.”

According to anecdotal evidence, the most spectacularntechnology start-ups over the past 30 years have been launched by founders still in their 20s. In fact, the “peak age” for entrepreneurs appears to be 26: “Within a year of that age were Google’s Sergey Brin and Larry Page, Apple’s Steve Wozniak, Yahoo’s Jerry Yang, Skype’s Janus Friis, Chad Hurley from YouTube, and Tom Anderson from MySpace.”