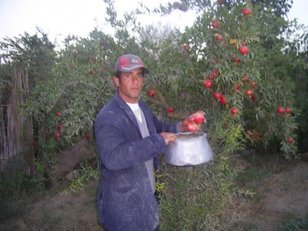 The combination of two major trends — the rising popularity of “social lending” Websites such as Prosper.com and the increasing attention given to micro-loans for emerging markets after Muhammad Yunus snagged the Nobel in 2006 — inevitably led to an explosion of popular interest in sites such as Kiva.org. The site is a nonprofit, peer-to-peer lending Website that enables everyday citizens to help fund new small business initiatives from all over the world in small chunks of $25 or $50 at a time. Kiva aggregates these “micro-loans” into one bigger loan amount that is then distributed via PayPal to an authorized lending organization that has an on-the-ground presence in the home country. It’s not charity so much as it is a merging of the traditional venture capital and philanthropic models. Oh- and did I mention that Kiva has been cited by former President Clinton in his new book Giving and has even been featured on the Oprah Winfrey show?

With that in mind, I explored the lending opportunities on the Kiva site over the weekend. Since I have a particular interest in the former Soviet republics, I searched through the listings for possible businesses to fund in that region of the world. As an initial step, I decided to lend $50 to Kamal Movludov, a 22-year-old pomegranate farmer in Azerbaijan. According to his profile on the Kiva site, Kamal plans to expand his pomegranate business to include potatoes and onions and is looking for a total of $1,200 in financing. He has already raised $450 of the total from other Kiva lenders (including myself), and still needs another $750.

ASIDE: The title of this blog post is a perhaps obscure reference to one of the greatest Soviet films of all time — The Color of Pomegranates, by legendary filmmaker Sergei Paradjanov.