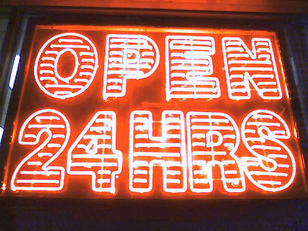 It looks like the notion of “open innovation” is starting to gain momentum in the mainstream media. In the March issue of Fast Company, Alan Deutschman discusses the wide-open organization:

“The more a company opens itself up to engage with the outside world,

the better its chances. In this new era, scale won’t guarantee

viability in the face of massively interconnected customers, suppliers,

and competitors. But all of those scientists and employees can do

amazing things if they connect with what’s happening outside your

“Think of the old pillars of corporate power: It used to be that only

together effectively. Only big companies could conduct advanced

could advertise to the mass market of consumers. And only big companies

had the capital needed to build and run manufacturing plants. All of this is being transformed by the democratizing force of a new

digital era that makes it easy for people, scattered and diverse, to

come together quickly and communicate effectively even though they’re

not bound together by any kind of formal organization…”

In the article, there are some great examples of companies experimenting with open innovation, including Google, IBM, Dell, Fidelity Investments, P&G and Caterpillar.