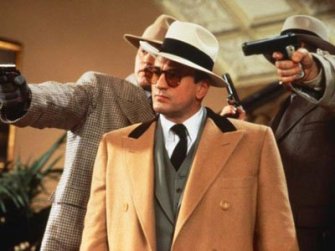 In an op-ed piece for the New York Times, Thomas Friedman riffs on American economic competitiveness and the state of our nation’s educational system. Friedman suggests that companies are once again placing a premium on innovators and out-of-the-box thinkers:

“A Washington lawyer friend recently told me about layoffs at his firm.
I asked him who was getting axed. He said it was interesting: lawyers
who were used to just showing up and having work handed to them were
the first to go because with the bursting of the credit bubble, that
flow of work just isn’t there. But those who have the ability to
imagine new services, new opportunities and new ways to recruit work
were being retained. They are the new untouchables.”

We assume here, of course, that Friedman has in mind the Capone-era Untouchables, and not the untouchables of India. The Untouchables, in this context, are the types of workers who have high-end analytical skills and all the attributes of innovators: “Those with the imagination to
make themselves untouchables — to invent smarter ways to do old jobs,
energy-saving ways to provide new services, new ways to attract old
customers or new ways to combine existing technologies — will thrive.”

Friedman pushes the case even further — even as the U.S. economy steadily moves out of recession, it is up to our nation’s schools to produce innovators and creative thinkers: “In a world in which more and more average work can be done by a
computer, robot or talented foreigner faster, cheaper “and just as
well,” vanilla doesn’t cut it anymore. It’s all about what chocolate
sauce, whipped cream and cherry you can put on top. So our schools have
a doubly hard task now — not just improving reading, writing and
arithmetic but entrepreneurship, innovation and creativity.”