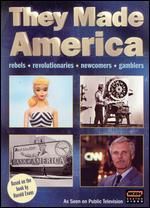 In the weekend edition of the Wall Street Journal (sub req), Robert Litan, Vice-President of the Ewing Marion Kauffman Foundation in Kansas City, weighed in with an op-ed piece on why innovators matter most: “Their enterprises are the ones which create the jobs and industries of

past. The automobile, the airplane, the telephone, air conditioning,

the personal computer and its software, and Internet search engines —

all were launched by innovative entrepreneurs rather than large companies.”

With that as context, Litan lays out the four challenges ahead for successful innovation to occur within the U.S. economy:

Overall, I think these are some great recommendations — although there is certainly some controversy baked into some of them. For example, the exhortation to create a highly-skilled work force sounds straightforward enough — but it also includes a corollary to recruit “as many skilled immigrants as are willing to come here.” The basic idea, of course, is that some of America’s most innovative companies have been launched by immigrant entrepreneurs — but if you go to places like Texas, I don’t think the idea of unfettered immigration is going to be a very popular idea. (These are the same folks, after all, who want to build a steel-and-concrete wall along the Mexican border!)

ASIDE: It’s Entrepreneurship Week USA this week! Be sure to hug your favorite entrepreneur.

[image: They Made America, sponsored in part by the Kauffman Foundation]