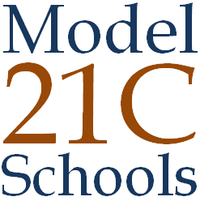 A week ago I asked for your help identifying model 21st century schools. Although I knew of a few schools or districts that were good models of what the new learning paradigm might look like, I was sure that there were many more schools out there that were doing great things when it came to project- or inquiry-based learning, technology integration, and so on.

Here’s what we have so far:

So, as you can see, we have a long way to go toward meeting my goal of at least 2 schools in each state and at least 50 in other countries.

Why don’t we have more? Several reasons, I’m guessing:

While #3 is probably true to a certain extent, I’m guessing (hoping?) that each state has at least 2 schools that can serve as models for others. And I’m positive that some states, like California or Texas, have many more than 2. So I’m asking for your help again. Please go to the United States or International wiki pages and enter schools in your state/country that you know about. Also pass this quest along to others who may have knowledge in this area. We’re in desperate need of models of 21st century schooling. Help me create a shared resource that will be of value to everyone?

What we’ve got here is (a) failure to communicate

The elementary principals here are collectively rearranging their schools’ schedules to create a unified literacy block every morning and greater opportunity for teachers to have common planning time. In order […]