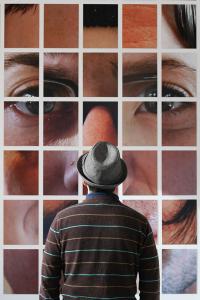 As one of the premier strategy consulting companies in the world, McKinsey has always been a pipeline of future CEO talent for the nation’s leading businesses. The number of Fortune 500 CEOs with a consulting background at McKinsey is truly staggering — as McKinsey points out on its recruiting website, over 150 McKinsey alumni have become CEOs of companies with more than one billion dollars in annual revenue. (Heck, even Chelsea Clinton worked at McKinsey – it’s the type of place you go to when you’re the daughter of a U.S. president and a graduate of Stanford and Oxford).

So it may come as somewhat of a surprise that strategic design company IDEO may be supplanting McKinsey as a source of future CEO talent. As Bruce Nussbaum writes in Bloomberg Business Week, IDEO alumni are starting to make their way into the CEO suite of prominent U.S. organizations:

“I’ve been tracking a few alums from IDEO recently and it’s clear
they are starting to lead major institutions around the world. Bill
Moggridge, of course, co-founder of IDEO, is about to take over as
director of the Cooper Hewitt National Design Museum. And Mat Hunter, a former partner at IDEO, has just been appointed Chief Design Officer for the British Design Council. Jeneanne Rae, founder of Peer Insight, a major services innovation consultancy, is an IDEO alum…”

So what does it all mean? Well, for one thing, the Cooper Hewitt National Design Museum is not quite Coca-Cola or Exxon, so it may be premature to make the statement that IDEO alumni are pushing aside McKinsey alumni for top spots in the corporate world. But it does highlight an important trend — the rise of “design thinking” in the corporate world, as highlighted by the emergence of D-Schools to rival B-Schools and a renewed emphasis on right-brain thinking, in contrast to traditional left-brain MBA thinking.

Over the next decade, it does appear that the future belongs to the IDEOs of the world, not the McKinseys.