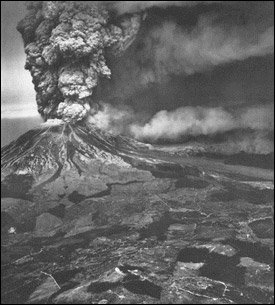 As many of you might (or might not) now, we’re heading towards the 30th anniversary of the dramatic eruption of Mt. Saint Helens in Washington state. Now, I could fill a book with the information out there on the volcano and the eruption, but instead, I think it would be more interesting to get your takes on the eruption. I have to admit, I was all of three when the eruption occurred, so my memories of the event are hazy at best, but if you have any memories, reactions or thoughts you want to share on the events leading up to the eruption, the eruption itself and the aftermath, please email them to me at

I will compile them for a post commemorating the May 18, 1980 eruption.

The Iceland eruptions continues producing ash and lava flows, Kilauea’s east rift looks to be tapering off, videos of eruptions at Colima in Mexico and the latest USGS/SI report.