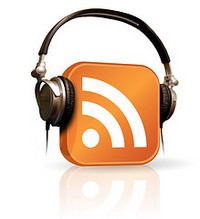 Last week I posted some questions that have been swirling in my head about RSS readers, including the thought that perhaps school employees should be required to have and use them. There were many thoughtful comments (thank you!), and I now have some additional questions whirling inside my cranium…

These are some of the main thoughts that I’m mulling right now on this topic. I’m still sold on the idea that exposure to a (perhaps pre-curated) diverse set of high-quality voices of professional peers who are doing interesting things with instruction and/or technology would be beneficial for all educators. For me, the questions are not around the benefits but instead around the scalability of such a change.

As always, I welcome your feedback. Thanks, everyone, for the great conversation!

Image credit:Modified podcast logo with my headphones Photoshopped on

Should we require school employees to have RSS readers?

Last summer many of you helped create our wonderful lists of grade-level and subject-specific blogs that other educators could load into their RSS readers. I’m bouncing around a few thoughts […]