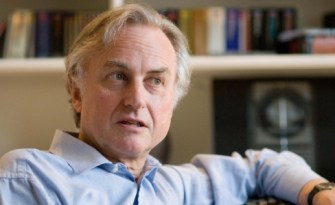 Last week I posted about the increasing problem of incivility at comment sections for blogs and news sites. As I noted at the end of the discussion thread that was started, I plan to return to the topic in depth, perhaps as part of an article or study.

My thoughts on the topic are apparently at least partially shared by Richard Dawkins. In a post yesterday, Dawkins lashed out against many commenters at his own site, noting their “remarkable bile” and extreme reaction to a change in comment and editorial policy at RichardDawkins.net. The full post should be read, but here is just an excerpt, reflecting Dawkins’ trademark anger as he chastises commenters at his site:

Surely there has to be something wrong with people who can resort to such over-the-top language, over-reacting so spectacularly to something so trivial. Even some of those with more temperate language are responding to the proposed changes in a way that is little short of hysterical. Was there ever such conservatism, such reactionary aversion to change, such vicious language in defence of a comfortable status quo? What is the underlying agenda of these people? How can anybody feel that strongly about something so small? Have we stumbled on some dark, territorial atavism? Have private fiefdoms been unwittingly trampled?

Be that as it may, what this remarkable bile suggests to me is that there is something rotten in the Internet culture that can vent it. If I ever had any doubts that RD.net needs to change, and rid itself of this particular aspect of Internet culture, they are dispelled by this episode.

UPDATE: The UK’s Telegraph has this to report:

The cloak of anonymity under which many users contributed to discussions had allowed a culture of abuse and foul language to develop that would not be possible if they identified themselves, he [Dawkins] said.

The discussion section is one of the internet’s busiest atheist forums, attracting 3,000 postings per day on subjects including science, religion and ethics.

But Prof Dawkins now faces a backlash from fans who are unwilling to be silenced.

“A lot of people have lost respect for Dawkins after this, although I do still support the work that he does,” Peter Harrison, a former moderator of the website, told The Times.

“Thousands of loyal, intelligent, rational forum members have been misrepresented as a bunch of foul-mouthed, vitriolic thugs by the man who so inspired them.”

UPDATE: Over at Eureka Zone, The Times of London’s science blog, Hannah Devlin opens with this observation:

Richard Dawkins has something of a reputation for provoking the religious community, but it seems he may have underestimated the atheistic fervour of his own fanbase. Amidst a tsunami of vulgar and vitriolic comments, the 85,000-strong forum on his official website RichardDawkins.net had to be shut down this week

UPDATE: At his blog at the Guardian, Andrew Brown remarks on the “mutiny at RichardDawkins.net” with this observation:

To anyone who has been on the receiving end of this kind of abuse, which is sometimes directed at people who do not work for Richard Dawkins, this conversion of the professor’s comes as wonderful news. Hallelujah, brother. You have seen the light!

Related
Life
Visualization test
Lorem ipsum dolor sit amet, consectetur adipiscing elit. Nullam id tincidunt mi. Morbi malesuada nulla sit amet est hendrerit tincidunt. Etiam viverra, nisl id volutpat eleifend, est augue sodales orci, […]
L&D Strategy
Transfer of learning: The necessary step to make learning stick
Transfer of learning is a concept that should be top-of-mind when planning any learning and development program. Why? In a perfect world, the billions of dollars organizations collectively spend every […]
Starts With A Bang
Why we’ll never see back to the beginning of the Universe
We thought the Big Bang started it all. Then we realized that something else came before, and it erased everything that existed prior.
Thinking
Is there an afterlife? See how your answer compares to polled Americans
There is more consensus on what heaven looks like than hell.
Thinking
How science changes the way we think, according to 10 leading scientists
A group of prominent scientists shares how research has changed them.
Up Next
Guest Thinkers
The Right Room for a Dialogue: New Policy on Anonymous Comments
I’ve long questioned the value of anonymous blogging or commenting. Much of the incivility online can be attributed to anonymity. And with a rare few exceptions, if you can’t participate […]