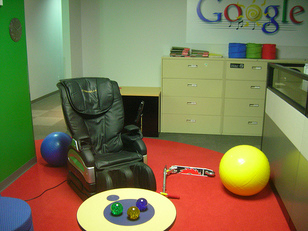 Maybe this is over-analyzing things a bit, but does the recently announced departure of Google CFO George Reyes strike you as a bit disconcerting — especially if you’re a fan of Google innovation? Little nuggets of market wisdom tend to stay lodged in my brain for some reason, and I seem to remember Jim Cramer or some other CNBC host explaining how the departure of any CFO at any company should be cause for concern for investors. After all, the CFO is the guy (or gal) handling the cash — the person who has the first whiff of financial improprieties, the person who knows that 1 + 1 must equal 2, and not 3. Something tells me that there’s more to the departure of George Reyes than what’s in the official (i.e. sanitized) side of the story from Google:

“Google CFO George Reyes will retire from his position, the company announced on Tuesday. Reyes will help search for a new CFO and is expected to leave the role by the end of the year, Google said in a press release. “As Google’s CFO, George successfully navigated our innovative

IPO, the regulatory demands of Sarbanes-Oxley, and the management

said in the press release. […]

At Google, Reyes had a visible role on the

the company’s aggressive spending on capital expenditure and new hires

during quarterly conference calls. “George has been a full partner in Google’s global growth and

development,” added co-founder Larry Page. “He has done an excellent

jot in keeping us financially disciplined while protecting the best of

This is not to suggest that there’s any kind of financial shenanigans going on at Google, or that the company is struggling at all as it takes on tech rivals like Microsoft, Yahoo! or Apple. Obviously, it would be bigger news if Eric Schmidt were leaving the company. That being said, however, I would suggest that Google is no longer a $500 stock.