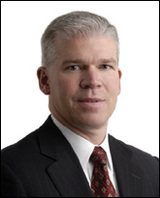 The latest in the MIT World “Distributed Intelligence” video series of speakers talking about innovation and the future features Rich Templeton, president and CEO of Texas Instruments. According to Templeton, the emerging economies of India and China will drive an “explosion” in the pace and development of consumer markets around the world. “The good things are still in front of us,” Templeton points out, as the world continues to become more technologically sophisticated and advanced.

In addition, Templeton points out that the continuing convergence of engineering and the life sciences will lead to a new era in product development, especially when it comes to medical devices that might be used to monitor and diagnose an individual’s health.