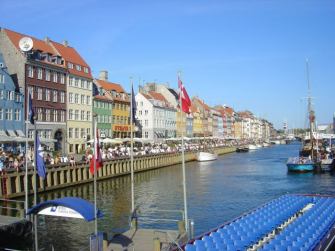 I head to Stockholm and Copenhagen today where on Wednesday I will be participating in a unique conference organized by the Danish Science Journalists Association. The focus is on many of the central themes discussed at this blog including framing, public engagement, the future of science journalism, and the promise and challenges of new media technologies. For more, check out below one of the “Dane in the Street” interviews that organizers have run in advance of the conference.

I won’t have much time to blog but I do hope to be able to post my own pictures of these wonderful cities and to provide a re-cap on the conference. While I am away, Katie Broendel will be guest blogging as part of the “Silence is the Enemy” campaign on sexual violence.

Katie worked with me this past year as a graduate assistant. She wrote her thesis on the framing of sexual violence in the media additionally analyzing the communication strategies of various advocacy groups on the topic.

Finally, next week there will be big news announced, news that is likely to stir what I am hoping to be healthy discussion and debate. So check back here early next week.

The future of science journalism and communication will involve three key strategies:1. “Going broad” and reaching a diversity of audiences across non-traditional media platforms such as entertainment film and television, […]