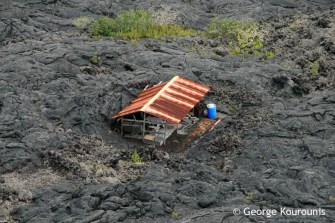 Lava flows from Kilauea surround an old structure at Royal Gardens in Hawai`i.

Laacher See: The caldera in the middle of Europe

Over 12,000 years ago, a caldera in the middle of Germany spread ash over Europe – and the Laacher See still seeps carbon dioxide.