Your television may soon be getting an upgrade, thanks to new research that confirms a scientific speculation from over a century ago.

Botanical physiologist Friedrich Reinitzer noticed that an organic chemical, cholesteryl benzoate, did not melt in the same manner as other compounds. In fact, he observed two separate melting points: at 293.9 degrees it became a cloudy liquid, then at 353.3 degrees it transformed into a clear liquid. He wrote a letter to physicist Otto Lehmann—it was 1888—to help him investigate. While Reinitzer soon let this line of research go, his work provided the basis of the modern understanding of liquid crystals (LCs).

There are three major phases of liquid crystals, with thermotropic LCs exhibiting a number of phase transitions. One of the most common is the nematic phase, which exhibits “hedgehog” topological defects. In this phase, molecules maintain a long-range directional order. Because of this position, aligned nematics are quite useful in modern technologies, such as LCD televisions, laptops, and smartphones. 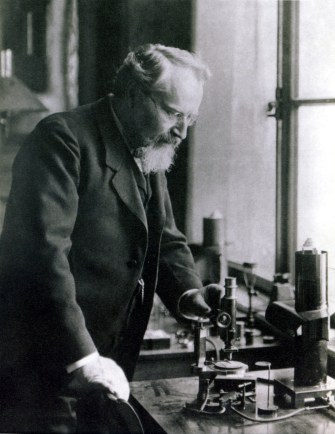 While in the nematic phase, half of the molecules point in one direction and the other half point in the other. As there is no exact positional order, the arrangement is usually random.

Though his friend let it go, Lehmann pursued this discovery, publishing his first paper in 1889. In the 1910s, two others physicists, Peter Debye and Max Born, published papers speculating that the random ordering of crystals in the nematic phase could be manipulated to fall into a state of polar order. Solid crystals already exhibited such a property, which is known as ferroelectricity. They were right about the nematic phase, though it took some time to work out the science.

In 2017, a team of physicists based at the University of York developed a compound known as RM734. When heated to extreme temperatures it behaves like a nematic LC. At lower temperatures, a “splay” arrangement is observed.

The colors in this newly discovered phase of liquid crystal shift as researchers apply a small electric field. Credit: SMRC

Recently, a team at the University of Colorado, Boulder, decided to apply a weak electric field to RM734. Their research, published in Proceedings of the National Academy of Sciences (PNAS), claims that a new liquid phase has finally been discovered after a century of speculation.

“It was like connecting a light bulb to voltage to test it but finding the socket and hookup wires glowing much more brightly instead. That confirmed that this phase was, indeed, a ferroelectric nematic fluid.” 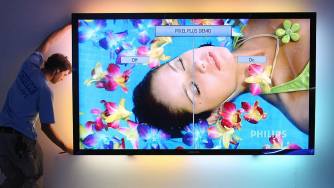 This finding even shocked the team, which expected to see more entropy in the configuration.

The team believes that this new phase could be used in display technologies and computer memory, as well as enhance findings in AI. In fact, they speculate that an entirely new class of materials can be derived from this new liquid phase. That’s quite an evolution from one of the original LC phases: soapy water.

Scientists turn to nature to improve a ubiquitous building material.
Up Next
Life

This ancient crocodile walked on two legs ‘like humans’

Batrachopus grandis, an ancient crocodylomorph, may have chased down land prey on its own two feet.