Life is not easy for any of us. But what of that? We must have perseverance and above all confidence in ourselves. We must believe that we are gifted for something, and that this thing, at whatever cost, must be attained.
– Marie Curie

Marie Curie was a trailblazing physicist working in the 19th and 20th centuries, and remains the only person to this day to have won a Nobel Prize in two different sciences: physics and chemistry.

Curie was born in Poland, and although she was a brilliant student she was barred from higher education because she was a woman. Determined to study, she enrolled in a secret institution known as the Flying University, which defied government control of education, then moved to Paris to study physics and mathematics at the Sorbonne.

In Paris, she met physicist Pierre Curie, who became her partner in life and in the lab—and who defiantly fought for her recognition when the Nobel academy did not include her alongside him in the Nobel Prize nomination.

Curie changed the way we understood the structure of atoms, invented a mobile x-ray unit (and trained 150 women to operate them on the WWI battlefields), discovered radioactivity (and coined the term), and discovered two elements: polonium, named after her native Poland, and radium, the Latin word for ‘ray’.

Our Marie Curie design pays tribute to this remarkable scientist’s life and work. Wear it proudly, and—as Curie says above—have confidence that your gifts can be put to powerful use.

Check out the Marie Curie range of apparel and goods in Big Think’s Genius Series.

Select Rush or Super Rush Delivery to get your order before Christmas Day! 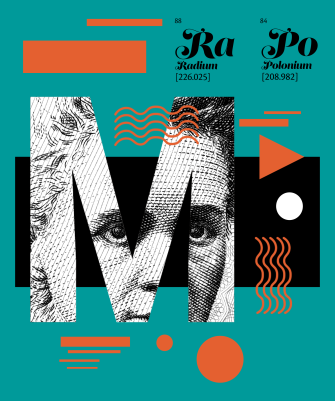 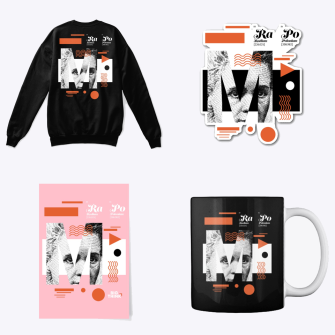 Successful forgers are remembered as great conmen, not artists. This is strange, considering their forgeries fooled even the most seasoned critics.
Up Next
Life

All this from a wad of gum?