The Solar Orbiter is set to launch Monday on its mission to study the Sun and photograph its north and south poles for the first time.

The mission is a joint project between NASA and the European Space Agency that’s been nearly two decades in the making. Its primary goal is to help scientists better understand how the Sun creates and controls the heliosphere, which is the giant bubble-like region of space, formed by the solar wind, that protects our solar system from interstellar radiation. The mission also aims to study the Sun’s 11-year activity cycle, magnetic field and internal structure.

Solar Orbiter will orbit the Sun concurrently NASA’s Parker Solar Probe, which launched 18 months ago and has flown within 4 million miles of the star. The new spacecraft won’t get that close, but it will get a look at the Sun from a unique vantage point: above the ecliptic plane. From there, the orbiter will be able to photograph the star’s north and south poles.

“Up until Solar Orbiter, all solar imaging instruments have been within the ecliptic plane or very close to it,” Russell Howard, space scientist at the Naval Research Lab in Washington, D.C. and principal investigator for one of Solar Orbiter’s ten instruments, told NASA. “Now, we’ll be able to look down on the Sun from above.”

Scientists aren’t quite sure what they’ll see.

“There’s no rational reasons why the poles shouldn’t be different,” Mark McCaughrean, senior advisor for science & exploration at ESA, told The Guardian. “Be prepared for surprises.”

Studying the Sun from outside the ecliptic plane won’t only yield historic images of the star, but it’ll also hopefully help scientists better understand and predict solar activity.

“The poles are particularly important for us to be able to model more accurately,” said Holly Gilbert, NASA project scientist for the mission at NASA’s Goddard Space Flight Center in Greenbelt, Maryland. “For forecasting space weather events, we need a pretty accurate model of the global magnetic field of the Sun.”

To ascend the ecliptic plane by the end of 2021, the Solar Orbiter will fly by Earth and Venus several times, using the two planets’ gravity to slingshot itself into an elliptical orbit. The only other spacecraft to travel outside the ecliptic plane was Ulysses, launched in 1990. But Ulysses had no camera. It carried only situ instruments, which measure the environment immediately around the spacecraft.

Solar Orbiter is equipped with 10 instruments: four situ and six remote-sensing tools that can “see” the Sun from afar. (Because these instruments are extremely sensitive, the orbiter was stored in an ultra-clean room before launch; anyone who came near it was required to wear booties and a “bunny suit” to prevent contamination.) The spacecraft aims to travel closer to the star than any other Sun-facing camera. That requires surviving extreme temperatures — both hot and cold. 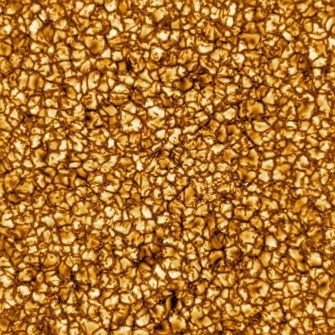 “Although Solar Orbiter goes quite close to the Sun, it also goes quite far away,” Anne Pacros, the payload manager at the European Space Agency’s, or ESA’s, European Space Research and Technology Centre in the Netherlands, told NASA. “We have to survive both high heat and extreme cold.”

To protect its instruments as it comes within 26 million miles of the Sun, Solar Orbiter is equipped with a 324-pound heat shield that can withstand temperatures up to 970 degrees Fahrenheit, which is about one-tenth as hot as the solar surface.

“Five of the remote-sensing instruments look at the Sun through peepholes in that heat shield; one observes the solar wind out to the side,” NASA wrote.

Solar Orbiter will work in tandem with the Parker probe.

“As Parker samples solar particles up close, Solar Orbiter will capture imagery from farther away, contextualizing the observations,” NASA wrote. “The two spacecraft will also occasionally align to measure the same magnetic field lines or streams of solar wind at different times.”

Solar Orbiter is scheduled to turn on its telescopes in November 2021.

“It will capture the imagination like science fiction does and inspire the next generation of scientists and space explorers,” Yannis Zouganelis, ESA’s deputy project scientist for Solar Orbiter, told The Guardian.

Cancer drugs are the most profitable for Big Pharma