It was one of NASA’s four Great Observatories. Each of the telescopes was tuned to its own wavelength of light, watching the universe in its own way. Together, the quartet presented to scientists a universe of unprecedented detail. There was the Hubble Space Telescope, the Chandra X-ray Observatory, the Compton Gamma Ray Observatory, and the Spitzer Space Telescope, capturing infrared light. Last Thursday, at 2:30 p.m. PST, Spitzer was decommissioned after 16 years of invaluable observations, and 11 years after its original mission ended. It now continues to orbit the Sun in safe mode some 266,600,037 kilometers from Earth.

While not as well-known as other telescopes, particularly the Hubble, Spitzer’s contributions were nonetheless equally as important. According to NASA’s Thomas Zurbuchen, “Spitzer has taught us about entirely new aspects of the cosmos and taken us many steps further in understanding how the universe works, addressing questions about our origins, and whether or not are we alone.” Moreover, Zurbuchen points out, “This Great Observatory has also identified some important and new questions and tantalizing objects for further study, mapping a path for future investigations to follow. Its immense impact on science certainly will last well beyond the end of its mission.”

Spitzer will be replaced by the Webb telescope, launching in 2021. 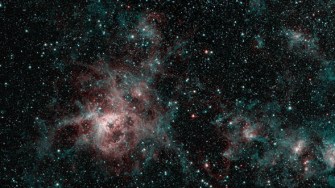 Spitzer image of the Tarantula Nebula

Spitzer weighs about 865 kilograms (nearly a ton) and is about 4 meters tall. For its sensors to detect infrared light, their temperature control is critical — they have to operate at about 5 degrees above absolute zero (That’s -450 F or -268 C). Other equipment on the telescope needs to be relatively warms, so its body is divided into the frigid Cryogenic Telescope Assembly and the spacecraft itself.

In the Cryogenic Telescope Assembly is a 0.85-meter telescope, as well as a multiple instrument chamber containing the Infrared Array Camera, the Infrared Spectrograph, the Multiband Imaging Photometer, and the Cryostat, in addition to the Outer-Shell Group. The Assembly was cooled with liquid helium, though by the end of the original mission in 2009 it had been depleted. Since that time, just two of the Infrared Array Camera’s four wavelength bands have been scanning the stars.

The spacecraft itself contains what you’d expect: navigation, communication, solar panels, and so on. 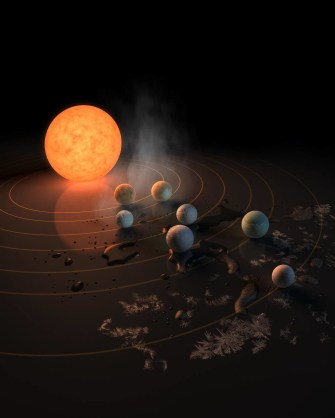 Probably the most famous of Spitzer’s accomplishment is its discovery of the TRAPPIST-1 exoplanets, seven Earth-sized bodies orbiting a single star. Three of them occupy the habitable zone around their sun, which is a bit cooler than ours, and are potentially capable of supporting life. Spitzer provided some 500 hours-worth of observations of the TRAPPIST-1 system. 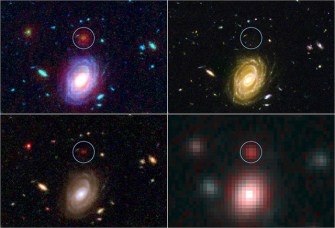 Big mature galaxies as seen by Spitzer in an early universe

Spitzer was especially good at detecting distant, ancient young galaxies. The oldest infrared light it captured was from about 13.4 billion years ago, just 400 million years after the universe’s birth. Spitzer also revealed and identified a set of “big baby” galaxies that were unexpectedly well-developed for their relative youth — the implication being that larger galaxies may not have resulted from collisions of smaller ones after all, but came together quickly on their own in the early days of the universe. 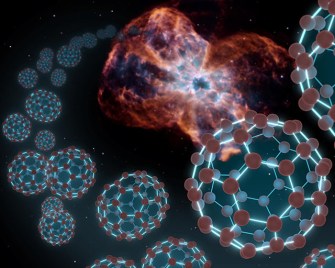 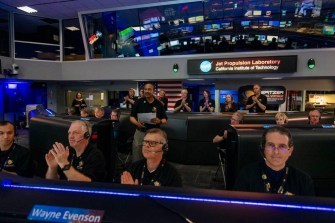 Spitzer’s been incredibly productive over the years, and NASA’s compiled a page of 15 of its most notable accomplishments. “Everyone who has worked on this mission should be extremely proud today,” said Spitzer Project Manager Joseph Hunt. “There are literally hundreds of people who contributed directly to Spitzer’s success, and thousands who used its scientific capabilities to explore the universe. We leave behind a powerful scientific and technological legacy.”

What lies in store for humanity? Theoretical physicist Michio Kaku explains how different life will be for your descendants—and maybe your future self, if the timing works out.
▸
with
Michio Kaku
Up Next
The Present

Are physics and astronomy about to experience a cultural shift?

A new report calls on the departments of certain scientific fields to double the number of black students by 2030.