As far as out-of-this-world pictures go, NASA got an amazing opportunity to snap photos of an erupting volcano from the International Space Station. On June 22nd, 2019, the Raikoke Volcano on Russia’s Kuril Islands, which last exploded in 1924, suddenly let out a giant plume of ash and gas from its 700-meter crater.

Astronauts were able to take pics of the narrow column of the plume as it rose and expanded over an area called the umbrella region. That’s where the plume stops rising, its density equalizing with that of the surrounding air.

As Simon Carn, a volcanologist at Michigan Tech, explained about the picture below – “The ring of white puffy clouds at the base of the column might be a sign of ambient air being drawn into the column and the condensation of water vapor. Or it could be a rising plume from interaction between magma and seawater because Raikoke is a small island and flows likely entered the water.”

Volcanic Ash Advisory Centers in Tokyo and Anchorage reported that the ash had reached as high as 13 kilometers (8 miles). Data from the CALIPSO satellite shows that some segments of the plume reached the altitude of 17 kilometers (10 miles). 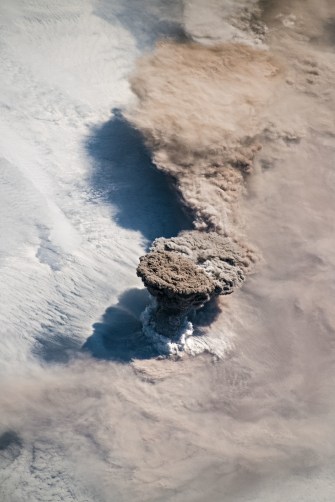 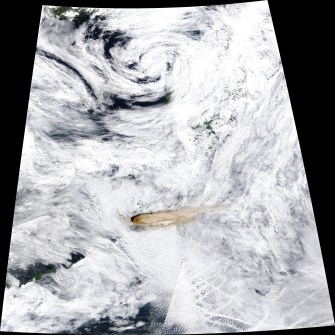 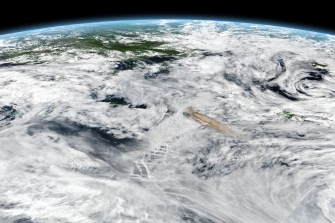 If you’re wondering what it sounds like when a volcano erupts, here’s a video for you from 2015. Wait for it…

Humans won’t survive if we stay on Earth. Michio Kaku explains.
▸
7 min
—
with
Michio Kaku
Up Next
Strange Maps

U.S. in top 10 most dangerous countries for women

#MeToo and #TimesUp catapult America into the club of world’s most anti-women countries.