A rare combination of lunar events—a lunar eclipse, blue moon, and “supermoon”—will coincide on January 31, creating what news outlets are calling a “super blue blood moon”. It seems like it’d be the perfect time for NASA’s primary lunar spacecraft to get to work.

But the government space authority instead plans to power down its Lunar Reconnaissance Orbiter, an 8-year-old spacecraft that generates a variety of detailed maps of the lunar surface, for several hours as it floats in the cold shadow of the Earth.

The “super blue blood moon” will be visible in the early hours of January 31, when the half of the Earth that’s in darkness will simultaneously see a lunar eclipse, blue moon, and “supermoon” (a term actually invented by an astrologer). That combination of lunar events last happened in 1866, though at least a couple lunar eclipses occur every year. 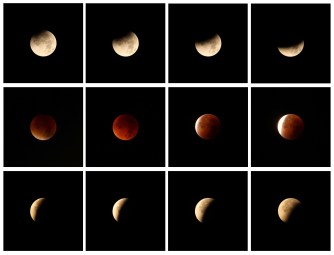 What exactly is a “super blue blood moon”? For one, it’s a bit overhyped once you understand what the terms mean. A blue moon is defined simply as the second full moon in a calendar month. A supermoon occurs when the moon’s irregular orbit brings it unusually close to Earth, causing it to appear between 7 and 14 percent bigger than other nights — a change that’s barely perceptible to the human eye. The word “blood” as applied to the moon is of Christian origin, and comes from the reddish-orange color of the moon during a lunar eclipse. 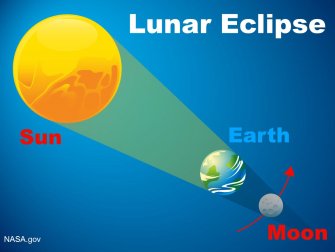 The main spectacle of the night will be the eclipse, which will prompt the shutdown of the Lunar Reconnaissance Orbiter (LRO). The LRO relies on sunlight for power, so it must switch to batteries during eclipses. The lack of sunlight also makes the LRO extremely cold. This all strains the orbiter, which has been through seven lunar eclipses since its 2009 launch.

Noah Petro, deputy project scientist for the LRO at NASA’s Goddard Space Flight Center, told Seeker that his team does everything they can to minimize wear and tear during eclipses.

“We did a small [engine] burn to put us in an as optimal position as possible — to be able to keep the spacecraft in illumination for as long as we could. In other words, we did a small tweak to minimize the time we were in shadow.”

The team also plans to “preheat” the spacecraft before it enters the eclipse so that it’s warmer and the instruments undergo less strain. 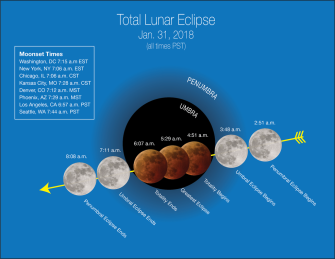 The LRO has seven instruments that NASA uses to study the moon. These can generate 3D maps of the moon, capture high-resolution photos of its surface, measure radiation, create hydrogen distribution maps, and help scientists search for water and ice. During the eclipse, NASA will shut down all of these instruments but one: The Diviner.

“This instrument can stay on to see how the Moon’s uppermost surface responds to the rapid change in temperature during a lunar eclipse,” wrote NASA. “The thermal properties of the surface help scientists better understand its composition and physical properties.”

Lunar eclipses provide a window of time during which scientists can make specific observations about the surface of the moon.

“During a lunar eclipse, the temperature swing is so dramatic that it’s as if the surface of the moon goes from being in an oven to being in a freezer in just a few hours,” said Noah Petro, deputy project scientist for the LRO at NASA’s Goddard Space Flight Center.

NASA has left the Diviner on during past lunar eclipses, using its thermal imaging capabilities to reveal how the character of the moon changes when temperatures swing. 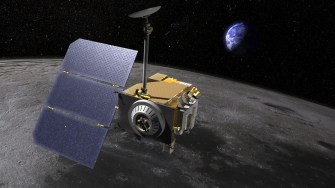 Artist rendering of the LRO via NASA

“In the dark, many familiar craters and other features can’t be seen, and the normally non-descript areas around some craters start to ‘glow,’ because the rocks there are still warm,” said Paul Hayne of the Laboratory for Atmospheric and Space Physics at the University of Colorado Boulder.

Scientists could use the data gathered from the Diviner to scout out future landing sites and to learn more about the evolution of the moon.

“These studies will help us tell the story of how impacts large and small are changing the surface of the Moon over geological time,” said Petro.

We are likely to see the first humans walk on Mars this decade.
Hard Science

Why so gassy? Mysterious methane detected on Saturn’s moon

Scientists do not know what is causing the overabundance of the gas.
Up Next
Technology & Innovation

Elon Musk’s latest product is the next in a long line of PR stunts for companies like Tesla, The Boring Company and more.