The most common chronic disease among athletes competing in the Olympic Games is asthma. It’s not a coincidence — asthma is a risk associated with activities that require increased ventilation, such as high-performance athletics. One treatment for the condition is the inhalation of β-agonists prior to exercise as a means of warding off asthma symptoms. The drugs relax the airways that provide oxygen to the lungs.

But β-agonists pose a problem for World Anti-Doping Agency (WADA) officials — drugs have been tied to performance enhancement. In fact, asthmatic athletes, who have a sound medical reason to use β-agonists, have consistently outperformed non-asthmatic athletes at the Games. There has been unconfirmed speculation that athletes who don’t have asthma may also be taking β-agonists in hopes of gaining their own performance boost.

A new study published in British Journal of Sports Medicine seeks to be the most comprehensive look yet at the effect of β-agonists on athletic performance, looking at a broad selection of β-agonist drugs, including medications both allowed and banned by the WADA. 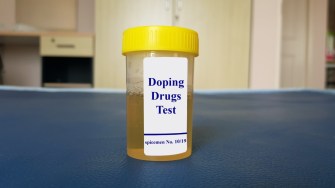 When inhaled β-agonists first came out just before the 1972 Olympics, they were immediately banned altogether by the WADA as possible doping substances. Over the years, the WADA has reexamined their use and refined the organization’s stance, evidence of the thorniness of finding an equitable position regarding their use. As of January 2020, only three β-agonists are allowed — salbutamol, formoterol, and salmeterol —and only in inhaled form. Oral consumption appears to have a greater effect on performance. 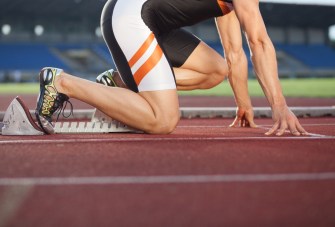 Of primary interest to the authors of the study is confirming and measuring the performance improvement to be gained from β-agonists when they’re ingested by athletes who don’t have asthma.

The researchers performed a meta-analysis of 34 existing studies documenting 44 randomized trials reporting on 472 participants. The pool of individuals included was broad, encompassing both untrained and elite athletes. In addition, lab tests, as opposed to actual competitions, tracked performance. The authors of the study therefore recommend taking its conclusions with just a grain of salt.

The effects of both WADA-banned and approved β-agonists were assessed. 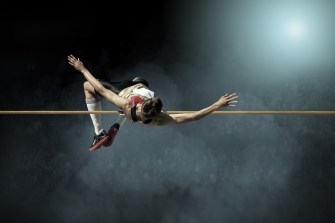 What the meta-analysis showed is that the currently approved β-agonists didn’t significantly improve athletic performance among those without asthma — what very slight benefit they may produce is just enough to prompt the study’s authors to write that “it is still uncertain whether approved doses improve anaerobic performance.” They note that the tiny effect did increase slightly over multiple weeks of β-agonist intake. 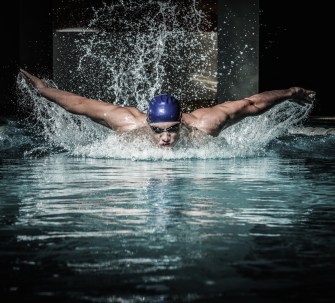 The study found that for athletes without asthma, however, the use of currently banned β-agonists did indeed result in enhanced performance. The authors write, “Our meta-analysis shows that β2-agonists improve anaerobic performance by 5%, an improvement that would change the outcome of most athletic competitions.”

The analysis also revealed that different results were produced by different methods of ingestion. The percentages cited above were seen when a β-agonist was ingested orally. The effect was less pronounced when the banned substances were inhaled.

Given the difference between the results for allowed and banned β-agonists, the study’s conclusions suggest that the WADA has it about right, at least in terms of selection of allowable β-agonists, as well as the allowable dosage method.

The study, say its authors, “should be of interest to WADA and anyone who is interested in equal opportunities in competitive sports.” Its results clearly support vigilance, with the report concluding: “The use of β2-agonists in athletes should be regulated and limited to those with an asthma diagnosis documented with objective tests.”

An independent researcher looks into why there’s such strong opposition to her research.
Up Next
Life

Certain water beetles can escape from frogs after being consumed.