For nearly three years I’ve written about varying aspects of the ketogenic diet. I was initially a fan, given that switching from a decades-long, carb-heavy vegetarian diet to a paleo-friendly, ketogenic diet eradicated my chronic history with gastrointestinal problems, stopped the hundreds of panic attacks I’ve suffered in my life cold, and caused me to shed ten pounds in three weeks.

As with many fad diets, I was not alone. Advocates appeared in droves. Yet as the hype progressed, the ketogenic diet started being treated as a panacea for all the world’s nutritional problems, making it the perfect time to become suspicious.

As with anything scientific, some were always skeptical. Yet the foundational message of ketosis is sound: we eat too many carbs, especially in the form of processed foodstuffs and sugars. You never need to gorge only on sweet potatoes or intermittent fast to understand this—though, to be fair, perhaps the most beneficial advice of this entire trend is that we eat too much over too many hours of the day. There’s something to be said for not eating for stretches of time.

Then a recent study, published in The Lancet Public Health, seemed to have the final say:

Given that ketogenic diets generally call for 70-80 percent fat intake, with no more than 50 grams of carbohydrates a day—a 16-oz Caramel Frappuccino comes in at 60 grams, along with 59 grams of sugar—The Lancet‘s call for half your calories being derived from carbohydrate sources seemed to be the proverbial nail.

Anatomy and physiology professor David Harper has been on a ketogenic diet for six years. Like me, he experienced immediate weight loss—22 pounds in 12 weeks. (And like me, he was not overweight; the drop occurred in midsection fat.) So Harper, a cancer researcher, looked beyond the results to methods and found the study flawed:

First, The Lancet study did not consider ketogenic diets. Their limits for “low carbohydrate” are between 30 and 40 per cent of total calories, so participants in this group were never in a state of nutritional ketosis. Second, the low-carbohydrate group in the study were typically middle-aged, obese, sedentary, diabetic smokers. No surprise they found a few years shorter life-span. Third, this study is not a randomized, controlled, double-blind experiment—the gold standard of science.

That a study turns out to be not-quite-correct should not surprise. As John Ioannidis wrote in PLOS Medicine in 2005, most research findings turn out to be false. A ketogenic diet has been in use for a century as a treatment for epilepsy; Harper notes that it is being used in treatments for type 2 diabetes, cardiovascular disease, Alzheimer’s, and cancer—he’s a visiting scientist at the B.C. Cancer Research Centre. 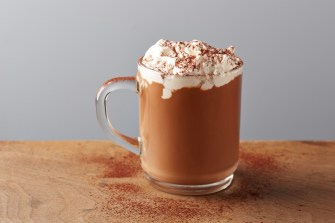 Harper attributes much of this success to the reduction of chronic inflammation in the body produced by excess carbohydrate and sugar intake. Systemic inflammation has a profound effect on cancer and the cardiovascular system. The production of ketone bodies produces health-sustaining effects in the brain and nervous system. Harper doesn’t even touch the microbiome in his plea, though the influence of the enteric nervous system on the body’s immune system (among others) is now well-documented.

Anecdote is not data, though I’ve spent a long time contemplating my own health issues. Putting cancer aside (my testicular cancer appears to have been genetic), I can speak to anxiety disorder, which I suffered from for 25 years. During most of that time I was a pescatarian, vegetarian, or vegan. Every meat or dairy product (protein and fat) I removed was calorically replaced by carbohydrates. While I generally ate little processed, packaged foods, I still consumed plenty of bread. During this period I was keeping my body in a constant state of inflammation.

While I no longer attempt ketosis, my carbohydrate levels are greatly reduced, my fat intake increased. Shortly after starting this diet, which I tried for GI issues, I was surprised by the other results: weight loss, sure, but also the complete absence of panic attacks and cessation of chronic canker sores. When your nervous system is not battling the effects of the food you’re eating, your body can actually relax.

This is not medical advice. There are too many factors for any diet to be considered the best for anyone. Harper, however, doesn’t want the ketogenic diet to even be considered a “diet.” As he said:

We’ve been telling people to eat the wrong diet for 40 years, and we’ve seen the results.

He notes that he no longer craves sweet foods; instead, he reaches for butter and cream to satiate his appetite. As with anything, our addictions shift as we replace the context. Harper makes a crucial point to keto skeptics: trace our post World War II food consumption patterns and disease and you’ll find a disturbing link. In a time when pretty much any food is available during any season, we’re fatter and sicker than ever.

For therapeutic reasons, including weight loss, the ketogenic diet might offer real value. The general consumer might not need to go to such extremes—85 percent fat intake is a bit much for most of us. That said, the necessity of a reduction in carbs and sugars is obvious. All the charts and data in the world don’t replace basic common sense.

The cosmic records we have are meant to be broken, but oh, have we ever gone so far.The great cosmic abyss contains more that humanity can ever hope to see, including […]