Everybody wants to be slim. There’s nothing wrong with that. But some people are downright obsessed with slimness, and when you’re obsessed with something, you’ll do anything to get it, even if that thing is totally absurd, unhealthy, or dangerous. Here’s a list of 5 of the strangest fad diets that people actually used to try and get their beach bod.

When this diet reared its head in 2008, it was next to impossible to find any bananas in Japanese supermarkets. The Japanese were going. . . nuts for bananas. It’s a pretty straightforward diet: You can have an unlimited number of bananas for breakfast and a cup of room-temperature water. Your meals for lunch and dinner can be whatever you like.

The creator of the banana diet, a pharmacist named Sumiko Watanabe, developed it for her overweight husband, who claimed to have lost 37 pounds following this method. Ultimately, diet books on the morning banana method would sell more than 730,000 copies.

According to a Stuart Berger, author of Dr. Berger’s Immune Power Diet, a significant number of people have hidden allergies to different foods that can cause AIDS and obesity over time. He suggested that people eliminate the “sinister seven” foods from their diets, which include dairy, wheat, eggs, yeast, corn, soy, and sugar. Doing so would ostensibly prevent these hidden allergies from being triggered.

Of course, none of this is remotely backed up by science. In fact, some of Berger’s recommendations weren’t just unscientific but downright harmful. In his book, he recommended people take huge doses of vitamin B6 in quantities that could cause nerve damage. Later, when Dr. Berger’s own lifestyle habits caught up with him: his obesity and cocaine addiction had seriously damaged his heart, ultimately leading to his death from heart disease. 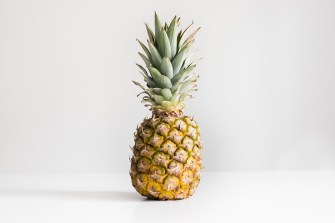 3. The Lamb Chop and Pineapple Diet

The theory behind the diet was that the acidic pineapple would somehow “negate” the fat in the lamb chops — needless to say, this wasn’t the mechanism that made the diet function. Although the diet did cause people to lose weight due to the caloric restrictions brought on by eating nothing besides lamb chops and pineapples, it also caused malnutrition. Human beings, apparently, are not meant to eat only lamb chops and pineapples.

Controversial Canadian psychologist Jordan Peterson was inspired to eat an all-beef diet after observing his daughter’s health improvements from following the same diet. After a slew of apparently unsolvable health problems, Mikhaila Peterson began cutting things out of her diet. Eventually, she cut out everything except for beef, salt, and water and then claimed that her health problems improved.

Jordan Peterson did the same thing, losing 50 pounds over seven months. Peterson also claimed to have shed similar lifelong maladies such as depression, anxiety, gastric reflux, and other conditions. However, he warned that minor deviations from this diet can have major consequences. After drinking some apple cider during this diet, Peterson claimed that his body had a catastrophic inflammatory response, and he couldn’t sleep for 25 days.

Is this diet, then, a good idea? Professor Jack Gilbert provided the answer in an interview with the Atlantic:

“Physiologically, it would just be an immensely bad idea. A terribly, terribly bad idea. Your body would start to have severe dysregulation, within six months, of the majority of the processes that deal with metabolism; you would have no short-chain fatty acids in your cells; most of the by-products of gastrointestinal polysaccharide fermentation would shut down, so you wouldn’t be able to regulate your hormone levels; you’d enter into cardiac issues due to alterations in cell receptors; your microbiota would just be devastated.” 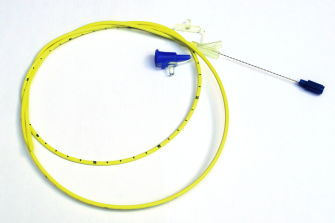 It’s about as horrible as you would imagine. A feeding tube is inserted through the nose of the dieter, and an electric pump consistently pushes a slurry of proteins, fats, and micronutrients that amounts to about 800 calories per day. The diet can cause constipation, for which laxatives can be administered. Because the pump is continuous and it features zero carbohydrates, dieters claim they don’t feel hungry at all.

It’s a very bad idea. Doctors warn that this diet can cause kidney failure and, due to the insertion of a feeding tube for days at a time, aspiration, lung infections, and the erosion of tissues in the nose and throat. Since this qualifies as a “crash diet,” or a diet designed for rapid weight loss, people tend to just return to their old eating habits afterward, gaining the weight back.

What’s more, crash diets are associated with the development of eating disorders. So, if you really want to lose weight, maybe go for something slightly less radical than shoving a tube down your nose.

No, Physicists Still Don’t Know Why Matter (And Not Antimatter) Dominates Our Universe

There is a fundamental difference between matter and antimatter. But not enough of one to explain our Universe.Our Universe is a vast and enormous place, and if there’s one thing […]