Intermittent fasting (IF) is not new. Many religious traditions, including Hinduism, Islam, Buddhism, and Orthodox Christianity have practiced forms of it. These methods were predominantly due to food shortages or spiritual pursuits. Today IF is most often promoted as a weight-loss regimen, and there is some evidence that it is useful in that capacity. One extensive review found that it not only helps with obesity, but also hypertension, inflammation, and insulin resistance.

Proponents swear by its efficacy. In reality, intermittent fasting is just about closing your feeding window: don’t eat first thing in the morning (or breakfast at all), don’t eat for two hours (or longer) before bed. It’s a practical approach to eating, yet, as with everything in our time, it has to be packaged and marketed to be sold as a lifestyle. That’s not to say that IF isn’t effective. It’s just not miraculous.

One honest debate that has persisted for years is how long to fast for. Twelve hours? Sixteen? Twenty? A new study, published in the journal Brain and Behavior, set out to answer this question with a specific goal in mind: how does intermittent fasting affect neurogenesis?

While neurogenesis is most active in embryos, neuron creation is possible throughout life. The more you can achieve this as you age, the better, especially in areas like your brain’s hippocampus—the focus of this study. The main duties of the hippocampus is the consolidation of experiences and information as you store short-term memories as long-term memories and spatial navigation, which is another form of memory. In Alzheimer’s disease, your hippocampus is usually the first brain region to suffer.

For this study, three groups of rats were tested, with a fourth control group receiving no eating restrictions. One group fasted for 12 hours, another for 16, and the final group fasted for 24 hours (on the second day they ate without restriction as well). All groups were given the same number of calories.

The three restricted groups all fared better in terms of hippocampal neurogenesis than the control group. Interestingly, the 16-hour group performed best, especially when tested for increased activation of the Notch signaling pathway—specifically, the NOTCH1 pathway (mammals have four). This pathway is implicated in the brain’s ability to form new neuronal connections. This process allows us to form new memories, which is one reason why hippocampal neurogenesis helps to keep dementia at bay.

The study adds another piece to the puzzle of how diet—specifically in this case, when you eat—affects cognitive health. Judging by these results, it appears that restricting your feeding window to eight hours a day can have profound effects. 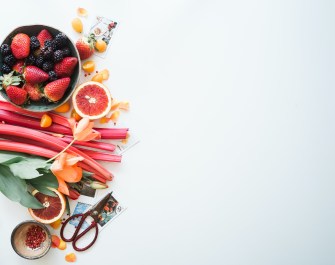 Photo by Brooke Lark on Unsplash

The benefits do not stop with neurogenesis. As the Singapore-based team writes,

“Prophylactic IF has been shown to promote longevity as well as ameliorate the development and manifestation of age‐related diseases such as cardiovascular, neurodegenerative, and metabolic diseases in many animal studies. It has also been postulated that IF is able to cause changes in the metabolic pathways in the brain, which leads to stress resistance capacity of brain cells.”

This follows up previous research that found intermittent fasting has positive effects on the liver, immune system, heart, and brain, as well as the body’s ability to fight cancer. While specifics, such as fasting duration and caloric load, remain to be seen—most likely, those will have to be decided on an individual basis—this is another win for the IF crowd. Closing your feeding window appears to have many beneficial effects for overall health.

Living at a higher elevation is a double-edged sword.
Up Next
Starts With A Bang

The COVID-19 Pandemic Exposes The Harm Of Denying Scientific Facts

Your opinions about a large number of complex scientific issues are probably wrong. That’s why we have science.In 2016, an Italian virologist named Roberto Burioni was invited to appear on television […]