With so many of our regular habits upended over the past six weeks, I held an informal poll on my social media channels asking who had quit wearing deodorant. As you can imagine, responses were varied. Some people include deodorant along with make-up as part of the “stay sane by keeping to your routine” routine. Others admitted they haven’t showered in days. A few people stopped and then started because they offended themselves. Of course, living with others requires a different set of responsibilities.

While this might strike some as an odd question, deodorizing is a relatively new phenomenon. Cultures have long had various cleansing rituals, yet often they only dealt with parts of the body viewable outside of their clothing. Myths long persisted about the validity of soap. In fact, it was believed that cleaning your skin led to disease.

Religions often seek to differentiate themselves from the pack. Whereas ritualistic cleaning has long been part of Judaism and Islam, early Christians strove for alousia, “the state of being unwashed,” writes Canadian author Katherine Ashenburg in “The Dirt on Clean: An Unsanitized History.” Calling someone of another race, religion, or caste “dirty” is an insult. For many centuries, this was particularly true of Christians—a goal, not a bad habit.

Ashenburg’s book has been in my wife’s library for years. She only recently read it as the hand washing furor began, prompting me to follow suit. While the hands and sometimes face (though not teeth—Americans still reign in super-white enamel) have long been washed, Ashenburg notes that medieval Christians believed that “blocked pores…sealed the body off from infection.” Beyond baptism, many never bathed once in their entire lifetimes.

While Ashenburg’s book is filled with historical factoids—Napoleon implored Josephine not to wash for a day before his return so he could drink in her scent—in the last two chapters she focuses on the flip side of cleanliness: how marketing has made us mad about purity.

Dr. Stuart Firestein: The Limits of Our Sense of Smell

Dr. Stuart Firestein: The Limits of Our Sense of Smell

Ashenburg’s book begins in the Roman bathhouses. She traces cleanliness rituals throughout time in that context. With the introduction of germ theory, it slowly dawned on Europeans and Americans—while the book is global, she mostly focuses on these geographical regions—that blocked pores were not doing much good in keeping disease away. As the Age of Industry commenced, workers packed into warehouses and on shipping docks began noticing their co-workers’ scents. A new industry was born.

Two, in fact. As Ashenburg writes, “toilet soap and advertising grew up together.” Both had long existed, but with the introduction of germ theory into the popular vernacular, these strange bedfellows united. The race to sell began. As everyone now knows, if you can corner a new market, you’ll make bank.

Such was the case when Lambert Pharmaceutical’s president, Gerald Lambert, picked out “halitosis” from his chemists’ list. He wanted to aggressively market one of his company’s oral antiseptics. For the next five years, Listerine’s ads were devoted to defining halitosis, telling prospective customers that failed job offers and divorce are due to bad breath. The ploy worked. In 1921, Listerine brought in $115,000 in sales. Seven years later it topped $8 million.

Around the same time, a copywriter named James Webb pumped out ads for his employer, J. Walter Thompson, claiming that women’s armpits stunk. He lost a lot of dates. Yet within a year of that campaign, his client, Odorono—say it aloud—watched their profits increase by 112 percent. As Ashenburg writes,

“The success of the Odorono ad and the deluge of deodorant advertisements that followed say much about the decade’s willingness to broach taboo subjects and its growing intolerance of secretions and smells.” 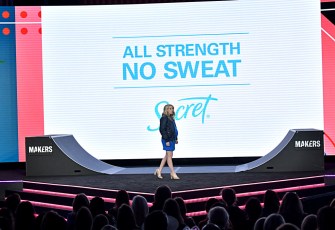 By 1932, the American author, Sophia Hadida, made a big splash with her book on manners. She coined a new term, Body Odor, which has been embraced as B.O. ever since. An entire market opened up for deodorants, soaps, perfumes, and men’s and women’s grooming products, all designed to maximize profit thanks to our growing anxiety.

Which is why I asked that question on social media. Among animals, humans have a woefully poor sense of smell. As bipeds, we began relying on sight and touch while neglecting our olfactory skills. As such, we’ve evolved with 20 million smell receptors. Not bad, until you consider that your dog has 11 times that number. Smell still guides our life in many ways, including the lovers we choose and the business partners we trust.

This is a different sensibility than the marketing blitz that began a century ago. Smell informs. Disguising or erasing your scent does the opposite. Thanks to the anxiety peddled by companies pushing their products, we’ve decided it’s better to remain ignorant. With that, we’ve lost a lot of data about our world.

Aging is one particularly problematic smell to some. Researchers have long worked on ridding us of this burden. Yet aging shouldn’t be seen as a burden. In fact, the insane idea that sacrificing our eldest for the sake of the economy is good stems from a longtime existential distress regarding aging and death. Our smell changes as we age, sure, which is called biology. It’s useful information, such as assessing personality traits and detecting immune system capabilities.

While everyone smells, women have been especially affected by this marketing phenomenon. Women generally have a better olfactory sense than men, but that comes at a cost. For example, Ashenburg writes that the sexual revolution of the sixties was especially confusing thanks to an advertising rush of feminine hygiene products.

There is no easy response to this dilemma. Sitting next to someone of a particular odor on a plane is not enjoyable. Social mores still matter. But we have to wonder why we cover up or disguise our scent so often. It provides valuable information, but more importantly, it’s who we are.

An independent researcher looks into why there’s such strong opposition to her research.
Up Next
Health

Harvard group: Here’s how the U.S. economy can reopen by August

A bipartisan group of economists, technology and public health experts, and ethicists developed a three-part plan to swiftly and safely reopen the American economy. Could it work?