RELAX. THIS ARTICLE CONTAINS NO SPOILERS.

As the final trilogy of Star Wars—or the ninth segment of the Star Wars ennead—takes flight, the curtain is coming down on the Skywalker saga. As the story was originally envisioned by George Lucas, however, the original plot line and conclusion would have been very different from the one presented in Star Wars: The Rise of Skywalker. It would have been a dip into the genuinely metaphysical, and an exploration of a biological concept Lucas somehow intuited by 1973 and which science only recently identified: the microbiome. Lucas is often called a visionary—it turns out it’s truer than many of us realized. 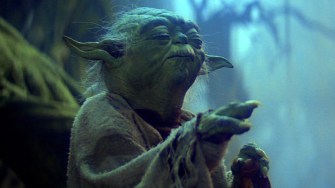 Whatever one thinks of Star Wars as movies, there’s no denying that Lucas contributed to humanity something that transcends the Star Wars movies and their fans: the Force. The vaguely theological, unseen struggle between opposites—good and evil, darkness and light—has become a secular religion, if such a thing is possible. While few would say they actually believe in it, few would say that they don’t, even if they call it something else.

In its original conception, it turns out the Force was the activity of microbiotic beings called the “Whills,” who were the real, if hidden, heroes and villains of Star Wars. As Lucas has said, “The Whills, in a general sense, they are the Force.”

Lucas recently revealed, “There’s this world of creatures that operate differently than we do. I call them the Whills. And the Whills are the ones who actually control the universe. They feed off the Force.”

Lucas planned for the third trilogy to largely leave the Skywalkers, etc. behind and shift the action down to where the story was really happening: the Whills’ microbiome.

Disney said, um, nope, and wrote its own final trilogy without Lucas’ involvement. And without the Whills. Says Lucas, “If I’d held onto the company I could have done it, and then it would have been done. Of course, a lot of the fans would have hated it, just like they did Phantom Menace and everything, but at least the whole story from beginning to end would be told.”

Clearly, the beloved movie characters would have gotten a major demotion if we were to learn it’s really the heroism of the Whills we’re seeing.

Fans of the movies have long known something about the Whills. In early story notes, summaries, and script drafts that have been published, notably in Star Wars: The Annotated Screenplays, the Whills loom large as the central focus of the whole saga. It was, in fact, originally called Journal of the Whills, and was to be presented to the audience by an unseen narrator, a Whill:

“Originally, I was trying to have the story be told by somebody else; there was somebody watching this whole story and recording it, somebody probably wiser than the mortal players in the actual events. I eventually dropped this idea, and the concept behind the Whills turned into the Force.” — George Lucas

Passing references to the Whills pop up here and there in the films released before Lucas sold the rights to Disney, particularly in the widely disliked first trilogy, released decades after the acclaimed second trio of films.

Critics and viewers alike rolled their eyes in The Phantom Menace when young Annakin Skywalker was found to have a high “mid-chlorian” count. Here, Lucas was laying the groundwork for the Whills: Mid-chlorians, he now says, were micro-organisms that served as conduits though which their host, say, a Jedi, could communicate with the Whills. The more mid-chlorians someone has, the more in touch with the Force that person is. 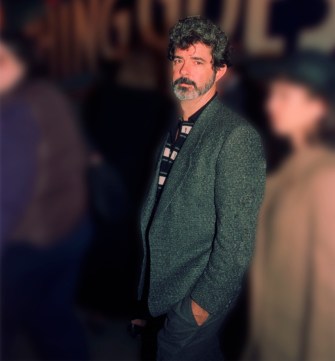 The central role played by the Whills in the Star Wars universe became clear only recently, thanks to an eye-opening interview Lucas gave director James Cameron as part of compelling AMC series James Cameron’s Story of Science Fiction. The publishers of the companion book for the series, Insight Editions, published an excerpt of Lucas’ interview online.

In his interview, Lucas recalls the thinking that led him to the Whills back in the early 1970s. It’s remarkably prescient regarding what science now describes as our personal microbiomes: “Back in the day, I used to say ultimately what this means is we were just cars, vehicles, for the Whills to travel around in. We’re vessels for them.”

Nothing much is known about how Lucas would have visualized the Whills, and we may never know, if even he does. Meanwhile, bringing Lucas’ original Star Wars vision into focus is fascinating. When Episode IV, a New Hope first exploded into the theaters, it played primarily as a deliberate and hokey—if thrilling—tribute to the director’s beloved Saturday-matinee sci-fi popcorn serials. Who knew its origin had been so profound?

Be more like Goldilocks.
Up Next
Think Again Podcasts

To create the podcast series “Dolly Parton’s America”, Jad Abumrad and his producer Shima Oliaee took nine trips into the “Dollyverse”—that complex American multiverse of music and culture that surrounds country singer Dolly Parton. In this episode Jad and host Jason Gots talk about some of the astonishing discoveries he made along the way.