Even in the 21st century, where advanced technology is commonplace and breakthroughs appear on an almost daily basis, fulfilling healthcare and other needs remains difficult. In the United States alone, 75,000 deaths occur each year due to the ineffective or inefficient delivery of healthcare. Meanwhile, in other parts of the world, just meeting the basics of healthcare like prenatal care or vaccination, seems nearly impossible.

I myself was privy to children dying of malaria, in a village in Malawi, Africa, where I was an aid worker just seven years ago. Free treatment was available. But the poor, rural villagers didn’t have money or transportation to get their children to the clinic for treatment, which was miles away on poorly maintained dirt roads. So I’ve witnessed firsthand how good efforts sometimes fall short.

One film called The Cola Road outlines an innovative approach by knowing all the ins and outs of the situation, including the need. Here, filmmaker Claire Ward documents the problem of getting medicines to poor, isolated communities in rural Zambia, and one inventive plan to use soda delivery men as couriers, as cola is ubiquitous in the sub-Saharan region.

Another issue is cost savings. People are living far older than ever before, and the tremendous tidal wave of aging baby boomers is set to bankrupt the healthcare systems of many nations around the world. The question some luminaries are asking is how to approach such challenges in a cost-effective way. 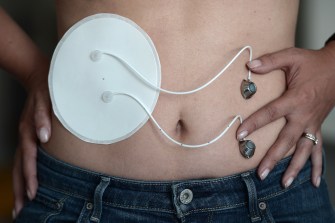 Designs which perfectly suit the need and are cost-effective are those which are generally adopted.

Paul Yock has developed a standardized plan for innovation keeping all the ins and outs in mind. Yock is a professor of bioengineering at Stanford University, and is also the founder and director of the Stanford Byers Center for Biodesign. He says this formalized method is how he and colleagues teach students to approach innovation. Three hundred fellows, researchers, and students attend the center each year. For most entrepreneurs, time is short, funding threadbare, and the need to communicate what’s at stake essential to gaining a foothold and, eventually, scaling up.

Yock places great emphasis on creating a “need criteria” before a prototype is developed. The starting point should be necessity, rather than technology. It’s easy to say start with the hole and fill it, or find a place that is lagging and speed it up. When engineers get carried away with ideas, innovation may come, but need often takes a backseat. Yock calls this the “ready-fire-aim” approach.

In the end, the invention or method can become superfluous, be developed in a wasteful manner, or fall flat. Since it can take $80 million to get new healthcare technologies to market, and five to seven years to develop, innovators must be careful in how they pursue the development process.

According to Yock, immersing yourself in the problem is the first and most crucial step. All others radiate out from it. Once the essential problem is well understood, a process of innovation can begin. According to Yock, the need must be identified and translated into a single sentence which perfectly crystalizes it.

This should include what the problem is, who is affected, and what the desirable outcome may be. He calls this a “need statement.” It acts as sort of the thesis for the whole thing. He says, “The purpose of the need statement is to frame the problem in a way that makes it actionable for the innovator.” The next stage is to find out who the stakeholders are, learn their perspectives, and what solutions have been attempted. This allows the innovator to probe deeper and should help put meat on the bones of a novel solution. 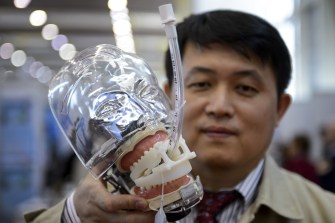 Yock says a “needs criteria” is required for innovation, or else time and resources can easily be squandered.

Finally, innovators should perceive their plan from a business standpoint. Can they acquire sufficient funding to test this new technology? If it isn’t viable businesswise, the idea is unlikely to get past the proof-of-concept stage. That doesn’t mean giving up a radical idea that can change the world. But it does mean getting comfortable with the practicalities of the situation. The innovator should keep in mind how much it’s going to cost to purchase and use. Those technologies that cut costs are more likely to be adopted. Here, the most important aspects should be communicated so that it has the best chance of widespread clinical use.

To illustrate his process, Yock cites the Smart Needle as an example. He said that early in his practice, he found that when drawing blood, with some patients, it was difficult to find the vein. By equipping the needle with the right technology, in this case a micro-Doppler transducer, he was able to find a patient’s vein without any problem. Unfortunately, he did not develop a need statement at the time. Once he invented the Smart Needle, Yock realized he’d made a mistake. While standard needles were cheap, Smart Needles came at a higher cost.

They were useful in the ICU he said. Outside of it though, they were hardly adopted. Another issue: he hadn’t accounted for the fact that those who draw blood vary in levels of expertise. Training wasted a lot of time and resources. That sent them back to the drawing board. “We spent millions of dollars and the product didn’t get out until years later,” he said.

For those entrepreneurs developing an idea on a shoestring budget, such missteps might spell the end. Yock believes that better understanding the need would have forced him to streamline the process, making the Smart Needle more successful at its initial launch. By really flushing out the need an innovation is addressing and all the aspects surrounding it, clinical, technical, and business decisions are shaped, and waste is winnowed.

To learn more about Prof. Yock and his work click here:

The Rubbee X requires almost no setup and is far cheaper than a brand new e-bike.
Up Next
Think Again Podcasts