Until someone works out a way to communicate with them, we can’t really know how smart whales are. We do know they have the largest brains of any animals on the planet—of course, big is a thing they do really well altogether—and that their brains have more cortical convolutions than any other creature, including humans. There are indications that they’re quite intelligent.

If that’s so, however, why did 19th-century whalers in the North Pacific find it so easy to drive them to the edge of extinction? Didn’t they see what was happening? New research published by the Royal Society in the U.K. apparently has an answer to that question, and it is “yes.” An analysis of newly digitized whalers’ log books finds that whalers’ ability to harpoon sperm whales dropped precipitously after initial successes.

One possible explanation for the falloff would be that whalers’ competence somehow degraded over time, but that doesn’t seem especially logical. A more likely interpretation is that whales warned each other and modified their behavior to avoid the ships. If this is so, it suggests several thrilling things about the animals. First, they apparently shared information about the new predators, and second, they developed an effective evasive strategy. 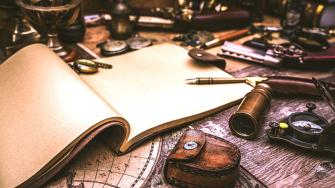 The paper was written by cetacean experts Hal Whitehead of Dalhousie University in Halifax, Nova Scotia and Luke Rendell of University of St. Andrews in Scotland, along with data scientist Tim. D. Smith. Whitehead and Rendell are co-authors of “The Cultural Lives of Whales and Dolphins.”

The researchers were working from the logbooks of American whalers operating between 10° and 50° in the North Pacific Ocean in the 19th century. The daily logs listed a ship’s noon position, the number of sperm whales sighted, and how many whales were harpooned (“struck”) or processed (“tried”). These records allowed the researchers to identify the date on which first contact with local whales occurred. From there, they were able to calculate the rate at which whales were encountered over the subsequent years.

The researchers found that about 2.4 years after first contact, whalers’ strike rate fell by 58 percent.

At first, it seems the whales didn’t quite know what to do about the whalers and responded to them similarly to the manner in which they defend themselves against the only predator they’d known up to that point: orcas. They formed defensive circles, their powerful tails pointed out to fend off their attackers. Unfortunately, this provided no defense against harpoons and likely made whaler’s jobs easier by gathering groups of whales together where they could be easily killed.

Soon however, the leviathan strategy shifted and whales took to swimming upwind away from whalers’ ships, an effective evasive maneuver that kept them ahead of the wind-driven boats. As White tells The Guardian, “This was cultural evolution, much too fast for genetic evolution.” 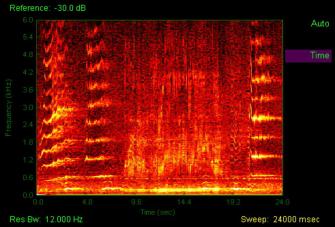 While there remains debate over whether whale communities exhibit characteristics we’d recognize as culture, examples of what seems to be social learning support the idea that it does exist.

Whales are known to communicate with each other over large distances through their haunting—and mysterious to us—songs. These songs provide some hard-to-argue-with evidence for social leaning among whales: They evolve over time, and as they change, those changes are reflected by entire local whale populations. “We don’t have to do anything but observe it to know that there’s no explanation other than learning from others that can account for this,” wrote Whitehead and Rendell to NPR in 2015.

Rendell wrote in Science in 2013 about what seems to be an innovation that was shared among whales: the spread of a particular type of feeding, “lobtailing,” that seems to have spread from one humpback whale in 1980 to hundreds in a wider area over the next few decades.

There are also examples of cetaceans clearly using strategy, such as the manner in which orcas hunt together for Weddell seals, described by NOAA scientist Bob Pitman. The seals attempt to evade the orcas by remaining out of the water on ice floes. The orcas synchronize their flukes to create waves that either knock a seal off of a floe, or break the ice apart. Once the seal is in the water, the orcas blow bubbles under the water and apparently using their tails to create enough turbulence that the seal finds it harder to get back on the ice. If it does get out to safety, the orcas do it all over again until, according to Pitman, by about the fourth attempt, they usually have their prey, which they share.

And then there’s the whales’ evasive tactics for dealing with 19th-century whaling ships.

Unfortunately, modern vessels , equipment, and strategies were not as easy to evade, and whale populations were severely depleted in the 20 century. And while that threat is hopefully diminishing, modern fishing tactics such a long-line fishing that hooks whales, the intrusion of human noise in the oceans, plastics and other floating waste, and climate change means that today’s seas are just as challenging as ever to whales. Maybe moreso. And nobody can outswim climate change.

Since our arrival, humans have driven a seven-fold drop in the mass of wild land mammals.
Up Next
Career Development

In recent years, women have made incredible strides in the business world. Forty-one women currently lead Fortune 500 companies. While that remains an unacceptably low percentage (8 percent) overall, it […]