It may be a case of “use it or lose it.” While it’s important to remember that correlation doesn’t necessarily mean causality, a study just published in JAMA Psychology offers evidence that reading on a daily basis in later years, and playing games, may help stave off dementia. This is regardless of a person’s level of physical activity, whether or not they smoke, and whether or not they consume fruits and vegetables. This is not the first study to arrive at a similar finding, but it’s a fairly large one, involving 15,582 people 65 and older, with the median age being 74. 63.9% were female.

The study looked at elder residents of Hong Kong and followed them for five years. They were all residents of the local Department of Health’s Elderly Health Centres. As the study began, subjects’ baseline mental condition was assessed, and none showed signs of dementia. They were reassessed a year later and then five years later. By that final assessment, 8.7% of them — 1,349 people — having developed the condition. (Subjects who developed dementia early in the test period were excluded from the final tally since the factors leading to their conditions were likely to have been in place before the study began.)

The residents’ different trajectories allowed researchers to analyze their habits in an attempt to glean differences in their activities. Subjects responded to questionnaires that inquired into their participation in a range of common intellectual activities in Hong Kong. These included: 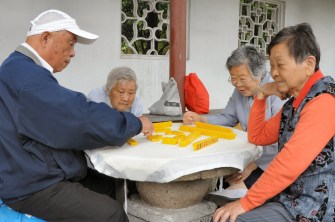 A game of Mahjong in Suzhou, China (Russ Bowling)

By observing the cognitive status of a large cohort of older adults who were free of dementia, we found that late-life participation in intellectual activities was associated with lower risk of incident dementia several years later. This association was not fully explained by other health lifestyle practices (regular physical exercise, adequate fruit and vegetable intake, and not smoking) nor by a wide range of physical health problems and limitations (cardiovascular risk factors, depression, sensory impairments, and poor mobility).

Though there have been other studies that have produced similar results, the authors of this study believe theirs is the first that explicitly looks at — and factors for — subjects’ other activities. 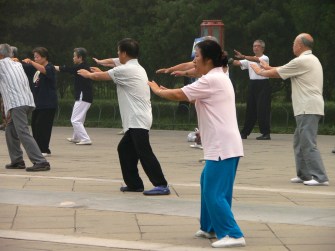 As we noted above, the study doesn’t dig into the mechanisms by which robust intellectual activity might prevent dementia, and other geriatric experts aren’t as convinced as its authors that the study demonstrates anything more than that two things — intellectual activity and the onset of dementia — did or did not occur at the same time in the participating subjects. Time’sreporting of the study cites experts who note that the connection may actually be the opposite of what the study concludes: The onset of dementia may reduce subjects’ interest in and ability to participate in intellectual pursuits, rather than the other way around.

In any event, it’s nonetheless the case that when considering gifts for a mentally acute older family member or friend, a good book is something to consider. It may help the recipient remain dementia-free, and, at the very least, they’ll enjoy reading it.

10 philosophers on whether money can make you happy

How much money does it take to be happy? How much is too much? These philosophers have a lot to say about money and how it relates to the good life.