If you took the whole spectrum of human emotion and tried to map it, what would it look like? What geometrical shape would it take? Or would it be more like a schematic? How to accurately represent this crucial aspect of our inner world has been a topic of much debate among psychologists.

The nuances and interconnectedness of the human emotional landscape has proven difficult to represent visually. Two of the most common models, maps and semantic spaces—the framework used to represent word meanings—have both fallen flat. So recently, researchers at UC Berkeley attempted a new approach.

Though we by and large are all well-versed in human emotion, it’s a subjective experience. There are hundreds and even thousands of words related to emotional states. Also, finding the boundaries between one category and the next can be tricky. Researchers in this study call their model a “conceptual framework.”

Doctoral student Alan S. Cowen and Prof. Dacher Keltner, PhD created a new kind of map. According to Cowen, “We sought to shed light on the full palette of emotions that color our inner world.” Their results and findings were published in the Proceedings of National Academy of Sciences (PNAS). 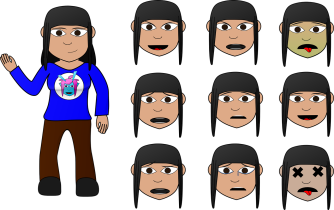 In the report, the authors write, “By analyzing the distribution of reported emotional states we uncover gradients of emotion—from anxiety to fear to horror to disgust, calmness to aesthetic appreciation to awe, and others.”

The best part of the map is that it’s interactive. If you take your mouse and hover over any part of it, you’ll soon find a short video popping up. Although one can see some strict delineations between one emotion and the next, the visual map also blends categories when necessary, making it highly nuanced.

Some of the emotions sort of lumped in a chain are fear, horror, and disgust. While adoration, joy and admiration are farther apart but remain in the same vicinity. There are outliers too, such as craving, nostalgia, and confusion. See the map here. According to Cowen, “We don’t get finite clusters of emotions in the map because everything is interconnected.” 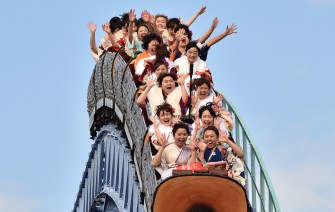 Many emotions during an experience are interconnected. Researchers found a novel way to represent those relationships. Getty Images.

To prepare the study, Keltner and Cowen collected 2,185 online videos. Each was a 5-10 second clip portraying a particular emotion. One was of a man with a spider in his mouth. Another was a pig falling out of a moving truck. And another still was a cat giving a dog a massage.

Next, they recruited volunteers from Amazon’s Mechanical Turk. Then 853 participants were each shown 30 of these videos. The first group answered how the clips made them feel, freeform. The second where given an answer sheet from which they could select responses.

Instead, at the top of the screen, as the video runs, it’ll tell you the percentages of each emotion being portrayed. For instance, hover between calmness and aesthetic appreciation and a video of a mountain lake with clouds streaming over it pops up. Go slightly to the right, and you’ll see a castle tower next to a waterfall.

For those who wish to conquer their own emotions, try here:

Or why I’m coming out as an impatient optimist.
Up Next
Mind & Brain

Turn off Your Mind, Relax, and Float. Sensory Deprivation and What It Can Do for You.

You may have heard of a new kind of therapy from your more “new age” friends, “Sensory Deprivation Tanks”. While it sounds like a form of torture that might have […]