Could it be that music, art, literature, movies, and other creative works that add so much richness to our lives — in fact, anything produced by creative thinking — are nothing more than the products of a misfiring brain? That’s basically the assertion of a new study in Nature Neuroscience. 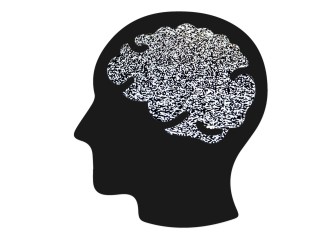 Nothing but brain noise

According to the researchers, the job of the brain is to make decisions that “maximize expected value,” or “safe” decisions from a strategic perspective. Creative thinking — “non-greedy” thinking — on the other hand, is a matter of synthesizing available information in a new way, not necessarily the mostly practical one. The curiosity that leads to creative thinking has been assumed to be a largely rational process of examining a range of unknowns to identify choices that lead to pleasing or expressive outcomes. Nope, say the authors of the study. The brain reaches unusual conclusions because it’s malfunctioning. Lead researcher Valentin Wyart of the École Normale Supérieure’s Laboratory for Cognitive and Computational Neuroscience says, “This finding is important, because it implies that many choices in favor of the unknown are made unbeknownst to us, without our being aware of it.” Music, art, literature = brain noise. 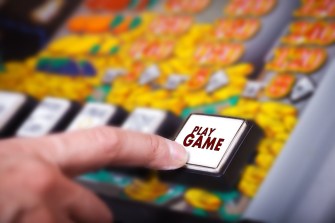 For the study, Wyatt and colleagues had a hundred people play a slot-machine game that offered them a choice of two symbols, one of which proved to be more likely to earn them a monetary reward. As they played — not always choosing that symbol — the researchers captured MRI scans. Each time they chose wrong by selecting the other symbol, the anterior singulate cortex, the part of the brain associated with decision-making, lit up, signifying to the authors a failure to successfully compute the correct answer. “Our participants have the impression,” says Wyart, “of choosing the best symbol and not the most uncertain, but they do it on the basis of wrong information resulting from errors of reasoning.” 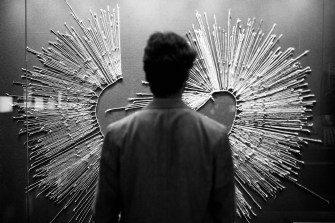 The study asserts that “non-greedy decisions stem from learning noise,” and concludes, “Together, these findings indicate that most behavioral variability, rather than reflecting human exploration, is due to the limited computational precision of reward-guided learning.”

Wyart notes that not all such mistakes are bad, citing a questionable example: Christopher Columbus’ accidental discovery of their Western Hemisphere, a brain blip that certainly didn’t work out so well for those already living here.

Better exemplars would be the arts, including that thwarter-of-expectations, comedy. These are “mistakes” we don’t want to do without.

It may be questionable whether it’s fair to define the brain’s mission so narrowly, of course, and the experiment does seem to document brain activity in a rather limited context. While there’s clearly an evolutionary benefit to the brain being able to come up with solutions likely to produce the most practically positive outcomes, there’s no denying that lots of these “errors” absolutely delight us.

Bill Bryson on the most extraordinary machine in the known universe

Journeys of discovery and wonder in the inner and outer world.