Self-discipline seems like a devil’s bargain. A trade that allows you to get more done over the long run at the price of not being able to enjoy yourself with indulgences today. When we think of people who take this deal, we imagine puritanical killjoys who get considerable work done at the cost of never having fun. Fostering high levels of self-control can seem like a distant goal with little more than a moral payoff. 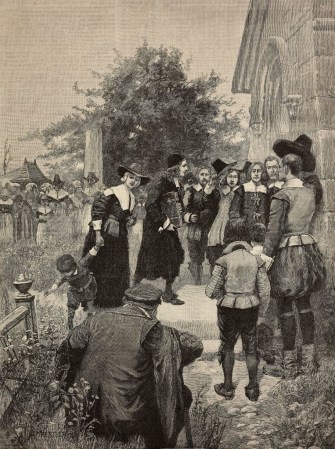 The puritans, masters of self-denial and hard work. Is the idea that people who trade fun for achievement by means of self-control suffer true? (Getty Images/engraving by Richard Taylor from The Illustrated London News)

However, this might be a misconception with drastic implications.

In 2013, a study by professor William Hofmann and others was published in the Journal of Personalityfocusing on the relationship between happiness and self-control. Defining self-control as, “the ability to override or change one’s inner responses, as well as interrupt undesired behavioral tendencies (such as impulses) and refrain from acting on them,” the researchers hoped to find out if our stereotype of the miserable self-disciplined puritan was true or not.

The study consisted of three experiments designed to see how happiness was affected by the trait of self-control (TSC) over both the short and long run. The first test had 414 test subjects deciding how well certain statements described them (e.g. “I do certain things that are bad for me, if they are fun”) and then filling out a report explaining how happy they were at that moment and how satisfied they were with their lives overall.

The subjects’ responses hinted at a correlation between not only self-control and life satisfaction, but also between self-control and “positive affect,” which includes positive emotions, sentiments, and experiences experienced on a daily basis.

So much for the idea that self-control makes you unhappy. 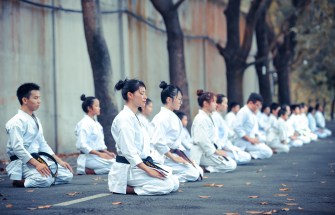 Practicing self-control can lead not only to greater long-term fulfillment, but also less daily stress. Photo by Thao Le Hoang via Unsplash

The second experiment, which had fewer participants, had the test subjects carry around specially programmed smartphones which would ask them questions at random times to determine if they were currently experiencing a desire. If they answered “yes” more questions would follow. These questions focused on the details of the desire, how intense it was, if the subject acted on it, if that desire conflicted with another goal they had, and how much stress it caused them.

The results reinforced the notion that “people with higher TSC had more positive and fewer negative emotions overall.” Inspired by the related finding that the desire-goal conflict leads to substantial stress in people with low self-control, researchers investigated the phenomenon further with a third experiment.

The last test asked participants to answer questions about three regular goal-desire conflicts in their lives. The questions included inquiries into how severe the conflicts were, how often they occurred, and the morality of the choices available to them. They were then asked to fill out a survey on their life satisfaction and self-control tendencies.

What does this all mean?

Each test showed that people with higher levels of self-control were not only more satisfied with life overall, but also had more positive emotions on a day to day basis. As the authors of the study phrased it: “high self-control does make you happy.”

What can I do to help improve my self-control today?

One thing that might seem counter-intuitive is to remove temptations from your life. While the test subjects with higher TSC were presumably able to resist temptation better than others, they also reported fewer incidents where anything tempted them. The authors suggest that:

“It is presumably impossible to organize one’s life so that goals never conflict. (Sure enough, none of our participants said they never experienced goal conflicts, or balked at listing three recurrent ones.) But someone with good self-control can apparently manage his or her life so that these conflicts arise relatively infrequently. These findings provide further support for the view that good self-control facilitates managing one’s life so as to avoid and minimize problems.”

Try removing distractions from your work space, getting rid of the fattening food in your cabinet, or not walking past the impulse purchase items rather than try to resist the urge to procrastinate, eat poorly, or buy things you don’t indefinitely.

Another idea is to view self-control as a choice of a pattern of behavior rather than as a series of decisions for separate actions. Rather than seeing your decision not to smoke as one event, view it as part of the pattern you have chosen- you are a person who does not smoke. According to professor Howard Rachlin, this will make good choices easier to make.

Our idea of self-disciplined people as self-denying and unhappy is false; they’re happier than the rest of us. By better avoiding impulses, choosing virtue over vice, and balancing their desires and goals, they have more good moods and higher levels of life satisfaction. Anybody can improve their self-control by taking simple steps today.

Quantum computing is on the way