The notion of neurodiversity, mainly developed by those working in the autism advocacy movement, is said to be preferable to “disability” or words with a similarly negative connotation. Before looking briefly at the educational context, we should be aware that there are political angles, too.

There is an increasingly vocal movement that argues that we shouldn’t imply that certain neurodevelopmental disorders are inherently pathological. Instead, we should adopt a social model of disability, in which we see societal barriers as the main issue. After all, dyslexia is only a “disorder” in a society that prizes literacy.

While we can acknowledge the well-meaning intent behind “neurodiversity,” it is still much more helpful to include the various descriptors we have available — dyslexic, dyspraxic, autistic, and so on.

In psychological terms, neurodiversity attempts to frame the entire range of differences in individual brain function and behavioral traits as belonging to a spectrum of normal variation in the human population. (The idea is actually taken from autistic spectrum disorders.)

The differences in our brains 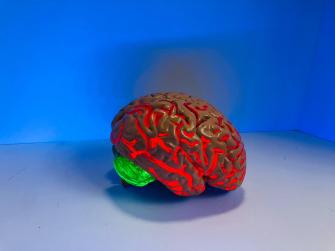 We all have brains that work a certain way because of how they are structured. If we were being pedantic, every single human alive is “neurodiverse” in the sense that we each have a unique brain composition. But “normality” is determined by an average or a standard across a certain population (which can be defined by any parameters we choose, for example, male/female or young/old). Against this backdrop, we can see the various ways a brain can develop abnormally — that is, outside a certain expected range.

Let us take one example: dyslexia. For dyslexics, the pathways for processing phonological information (which are vital for reading) are different, and this leads to delays in learning the alphabet and other skills. For instance, they will score poorly on their working memory tests but well on reasoning ability.

Indeed, all of the “neurodiverse” labels in use (like autism, ADHD, etc.) can be shown to have underlying brain function explanations like this. Different cognitive processes lead to differences in observed behavior. Importantly, this does not mean that we cannot change the behavior. Teaching a dyslexic child to read changes their brain pathways, just like teaching any new skill.

While this kind of neuropsychological explanation is possible in all cases, not many of the diagnoses we give to people are based on comprehensive brain scans. And so, the neurological differences of neurodivergent people are very often not seen but inferred on a case by case basis.

What should we call it?

Some argue that the term “neurodiversity,” in an effort to avoid labeling people as “disabled,” is not useful. This is because some “neurodiversities” result in considerable difficulty — functional illiteracy, an inability to communicate, problems with fine motor skills, an inability to pay attention, and so on. To imply that these conditions are entirely benign ignores the very real, and sometimes severe, consequences these individuals live with.

There is also, among some advocates of neurodiversity, an assumption that there is a gifted component rather than simply cognitive difficulties or differences. While there is some evidence for this (for example, dyslexics may have better spatial skills), most research indicates a full range of skills in the “neurodiverse” from very low cognitive ability to very high – much as you would see in the general population.

On the other hand, referring back to the original autistic spectrum idea, it is sadly the case that many individuals with severe autism are not “high functioning” (like the archetypal introverted, non-communicative scientist) but have severe learning difficulties and require a specialist school or care.

It seems that, while we can acknowledge the well-meaning intent behind “neurodiversity,” it is still much more helpful to include the various descriptors we have available — dyslexic, dyspraxic, autistic, and so on.

If someone scores poorly on a standardized test compared to others in the population, we can say that this is clearly “different.” But is it not better to face up to the fact that this might be the result of a learning difficulty? Also, most importantly, using a descriptive label can then allow us to prescribe the correct educational response, for example specialist teaching, classroom adaptation, appropriate expectations, and so on.

Saying someone is neurodiverse is, in short, far too vague. In an attempt to remove the stigma from psychological abnormalities, it removes too the benefits of being diagnosed. By simply saying, “Well s/he is a bit different,” we potentially deny them access to the support mechanisms they need.

Or why I’m coming out as an impatient optimist.
Up Next
Thinking

The ancient Greeks were obsessed with geometry, which may have formed the basis of their philosophical cosmology.