According to the National Institutes of Health, we spend about 26 years of our life asleep, one-third of the total. The latest research states that between 6.4 and 7.5 hours of sleep per night is ideal for most people. But some need more and others less. A contingent out there, mostly women, do surprisingly well on just six hours.

There is even some data to suggest that a slim minority, around three percent of the population, thrive on just three hours sleep per night, with no ill effects. Of course, most people need much more.

Americans are getting far less sleep today than in the past. Cutting out needful rest could damage your health, long-term— as a recent study showed, sleep is essential to clearing the brain of toxins that build up over the course of the day. It also helps in memory formation and allows other organs to repair themselves. Our professional lives and our natural cycles don’t always mesh. Often, they are at odds.

What if you are insanely busy, like ten times the norm? Say you are going to medical school, earning your PhD, or are trying to get a business off the ground. There may not be enough hours in the day for what you have to do.

One thing you can do is rearrange your sleep cycle to give yourself more time. Paleoanthropologists espouse that our ancestors probably didn’t sleep for seven hours at a clip, as it would make them easy prey. Instead, they probably slept at different periods throughout the day and night, and you can too. 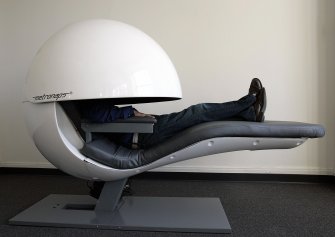 Though we find many modern ways to do it, napping could have played a central role in our ancestor’s lives.

What we consider a “normal” sleep cycle is called monophasic. This is sleeping for one long period throughout the night. In some Southern European and Latin American countries, the style is biphasic. They sleep five to six hours per night, with a 60-90 minute siesta during midday. There is a historical precedent too: before the advent of artificial light, most people slept in two chunks each night of four hours each, with an hour of wakefulness in-between. Then there is polyphasic sleep. This is sleeping for different periods and amounts of time throughout the day.

Certain paragons of history slept this way including Leonardo Da Vinci, Nikola Tesla, Franz Kafka, Winston Churchill, and Thomas Edison, among others. The idea gained popularity in the 1970s and 80s among the scientific community. Buckminster Fuller, a famous American inventor, architect, and philosopher of the 1900s, championed this kind of slumber. He branded his version Dymaxion sleep.

Here, you take a half hour nap every six hours and sleep a total of just two hours per night. Swiss artist Francesco Jost practiced it for 49 days straight once, while observed by Italian neurologist Claudio Stampi. At first, Jost had trouble adjusting. But soon after, he was able to make it work with few side effects. He did have trouble waking at times, however. But the artist gained five more hours each day. 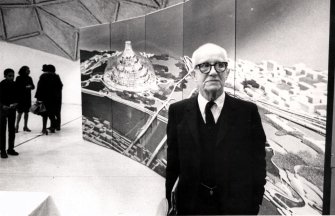 R. Buckminster Fuller, with his design of a domed city in the background.

Do a quick search of polyphasic sleep and you find that many people around the world are experimenting with it. There are different ways of doing it. Some try the Uberman schedule. Here, one takes six 30 minute naps throughout the day at 2pm., 6pm., 10pm, 2am, 6am, and 10am. That’s three hours of sleep total. Another way to do it is the Everyman Schedule. Here, a three hour chunk of sleep takes place between 1 A.M. and 4 A.M. Then, three 20 minute naps occur throughout the day at 9am, 2pm, and 9pm. That’s around 4.5 hours of sleep daily.

So what’s the science behind this radical system? Unfortunately, no long-term research has been conducted, yet. One 2007 study, published in the Journal of Sleep Research, found that most animals sleep on a polyphasic schedule, rather getting their sleep all at once. This also begs the question, how much sleep does the human brain need to function properly? The answer is unknown.

Sleep is broken into three cycles. There is light sleep, deep sleep, and rapid eye movement (REM) sleep. The last one is considered the most important and restful of phases. We don’t stay in any one phase for long. Instead, we cycle through these constantly throughout the night. So with polyphasic sleep, the idea is to experience these three phases in shorter amounts of time, and wake up rested. 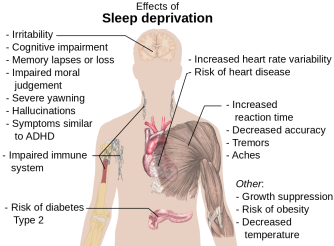 We don’t know the exact purpose of these phases. Sleep is still something of a mystery. Without a good understanding, it’s difficult to quantify the impact a polyphasic schedule has. One question is whether such a schedule allows for enough REM sleep. Polyphasic practitioners say they are able to enter the REM phase quickly, more so than with a monophasic style. Jost for example, claimed he could enter REM sleep immediately. This quick entry into the REM state is known as “repartitioning.” The deprivation of sleep may help the body enter REM quickly, as an adaptation.

So what are the downsides of this altered sleep cycle? Boredom and a limited social life. For those who want to go out drinking with friends, stay up late watching movies, or spend time with the kids, the drastic schedule change can cause problems. It has to be rigidly kept to work. Another concern, some studies have shown that those who sleep under five or six hours per night may have a higher risk of cardiovascular disease and lower immune system functioning.

Some argue that sleep theories just don’t account for human diversity in needs. For instance, some insomniacs have praised a polyphasic style for helping them regain the ability to sleep. At issue is the lack of data. But of course, anyone who is considering seriously taking part in such a style should consult a physician and keep in touch with him or her regularly, throughout the process.

How people sleep and how much they need varies widely. This may or may not have a genetic component. More research on sleep may help us to determine what our brain and body needs, and how we can adjust our sleep patterns to get the most out of our day, without sacrificing our health.

To hear more about a polyphasic sleep style click here:

Pins and needles, anyone?
Strange Maps

In Louisiana, high school starts at 7:30 am. Research shows that is at least an hour too early.
Neuropsych

How the brain decides what to store and what to forget.
Diversity & Inclusion

Sleep deprivation affects fertility, memory, and even your immune response after a vaccine

Are you getting a full 8 hours?
Up Next
The Present

“Amplification”: The Clever Method Women in the White House Use to Be Heard

Female political aides in the White House have banded together and are using a combo-technique of amplification and ‘shine theory’ to make sure their voices are counted.