If you want to get ahead in life, then you’ll need to work hard, be disciplined, and sacrifice sleep. If you’re asleep, you’re not working, and if you don’t work constantly, you can never manage a successful company or create the art that will make you famous. It’s not just your success on the line, either. Your country’s economy is counting on you to be a productive member of society. Besides, there will beplenty of time to sleep when you’re dead.

If you’re thinking these old saws sound dull, you’re right, and the data agree with you. Insufficient sleep has been linked to a slew of health issues, such as obesity, hypertension, and heart disease. It can also cause mood disorders and is a main contributor to poor work-life balance.

Workers pay and pay often for their poor sleep habits, but since the best-known ailments of sleep deprivation are personal in nature, employers and society do little toproperly incentivize good sleep hygiene. But according toa study by Rand Europe, sleep-deprived Americans will cost the United States economy up to $434 billion by 2020, and the tab gets larger after that.

Sleep pays for itself 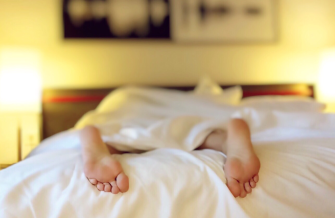 Based on survey data from 62,000 people, Rand Europe created a bespoke macroeconomic model that stimulated the interactions of economic agents (workers, companies, governments, etc.). They ran the model through three scenarios, and the results for 2016, the year of the study’s release, were staggering.

The United States proved the biggest economic loser, with losses between $281 and $411 billion. Japan, Germany, Canada, and the United Kingdom were also modeled, and researchers estimated that all five countries lose “up to $680 billion dollars of economic output every year.”

That’s the bad news. The worst news is that these economic losses increase slightly in magnitude over time, meaning we forfeit more every year we don’t devise solutions for our societal sleep deprivation. In 2020, the U.S. is estimated to lose between $299 and $434 billion. By 2030, the amount will be between $330 and $468 billion.

Invested properly, these amounts could easily fund tuition-free public colleges and provide health care coverage for uninsured families, with change to spare (or, you know, it coulddevelop one-third of an F-35 fighter jet). 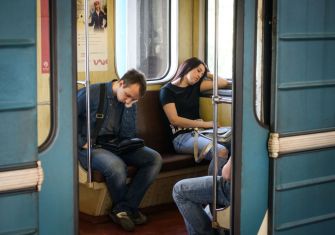 We lose more year after year because of how insufficient sleep drains productivity from the labor supply — namely, through lower productivity levels, negatively affected skill development, and higher mortality risks.

The study found that less sleep increased absenteeism (due to illness) and presenteeism (that is, being physically at work but mentally checked out). Workers who slept less than six hours a day averaged a 2.4 percentage point loss of productivity compared to healthy sleepers. That may not seem like much, but it adds up to 6 working days lost per year per sleep-deprived worker.

Expand that number across the U.S., and the country loses the equivalent of 1.23 million working days a year. Days that, once lost, are gone.

Insufficient sleep also drains talent from the labor supply by hindering the skill development of school children, preventing them from properly acquiring the skills necessary to grow their productivity once a part of the workforce.

Finally, the study looked at the link between sleep deprivation and death. Poor sleepers have a 13 percent higher mortality risk from all causes of death, including, but not limited to, health-related issues and accidents caused by drowsiness. The CDC cites drowsy driving as responsible for 72,000 crashes, 44,000 injuries, and 800 deaths in 2013 alone.

Workers who die particularly impact economic losses, as their removal from the labor supply doesn’t just affect the year they died. It also removes all their future productivity, as well as the productivity of potential future children.

Even if there is time to sleep when you’re dead, there isn’t time to do much else.

Make sleep a priority, not a luxury 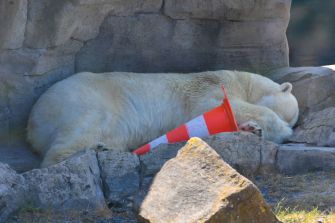 Good sleep hygiene improves your health and work-life balance, so it is to your benefit, not just the benefit of your employer or the country’s economy, that you sleep and sleep well.

Here are some tips to help you get a good night’s rest:

Of course, our jobs will often add stressors that put mental relaxation out of our control. Commutes, financial concerns, unrealistic deadlines, irregular hours, and our always-on work culture are all cited by the authors of the Rand Europe study as sleep deterring qualities of the modern work environment.

As such, it may be worth having a talk with your manager about how to properly address deficiencies that deprive employees of sleep. Remember, it’s not just about your health, but your ability to perform productively for your employer. As the study’s authors note, “Solving the problem of insufficient sleep represents a potential ‘win-win’ situation for individuals, employers, and the wider society.”

“Sexbots” are coming. They’re supposed to fill in the gap for the career focused, help undermine sex trafficking and abuse, and even curb STI rates, but are these claims true?