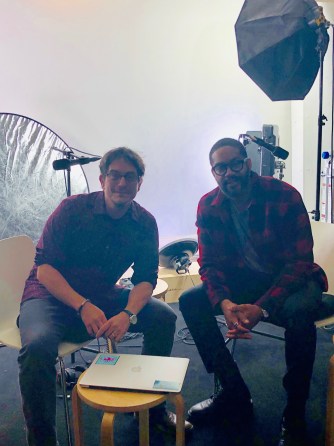 We’re all living inside concentric circles of private and public, inner and outer. From the time we’re small we start to understand that these circles aren’t always friendly to one another. There’s friction at their borders. The stuffed bunny that keeps your heart whole gets you tormented at school. The people you love most don’t look or sound like the cool people on TV. And neither do you. This is true to some extent for all of us, but if you’re growing up black in the other America—the one where everyday life is full of the kinds of experiences that keep cable news commentators shaking their heads 24/7—the friction is something else entirely. Can you own your own life—the places and the people you love—while striving to be part of a world that created the conditions it judges them for? Can you live in both places at once?

These are some of the questions at the heart of the project that is SURVIVAL MATH: NOTES ON AN ALL-AMERICAN FAMILY. In these lyrical and meticulous essays, Mitchell S. Jackson tries to wrap his mind around his own coming of age in Portland, looking with relentless honesty—and above all, love—at the frictions at the heart of his America, his family, and himself.

Surprise conversation starters in this episode:

Sean McFate on the billionaire-led future

Ask Ethan: What Happens When You Fall Into A Black Hole?

Gravity and time are so different from what you’d expect. Here’s how it all would end.If you could only know the answer to one question about the Universe, what would you […]