One wonders about the impositions of presidents past, and how their alleged dalliances altered the political landscape. What can we learn from these incidents and what are the implications for President Trump? Such accusations hearken back even to our first president. While some had merit others were mere smear tactics. Here are the weightiest incidents. 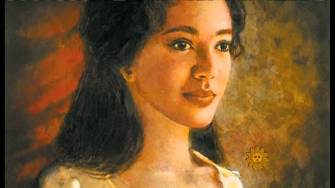 An artist’s impression of Sally Hemings, the mistress and slave of Thomas Jefferson. Was their relationship consensual or was she coerced? Credit: YouTube.

Thomas Jefferson was the first to be directly accused in a newspaper of having an affair, with Sally Hemings, his slave. It wasn’t until the 20th century, however, when DNA testing confirmed these allegations. Hemings bore Jefferson six children and their descendants are still around today. Even though the scandal garnered a lot of attention, it failed to sink Jefferson.

Rumors circulated even before the 1802 piece, penned by former Jefferson ally, journalist James T. Callender. The president’s Federalist opponents republished the accusation several times, but Jefferson never suffered any backlash from it. One reason is the outlook on slavery and race at the time, another that Jefferson had positive deniability, as everyone in his family and those closest to him, swore such a thing was both physically and morally impossible. 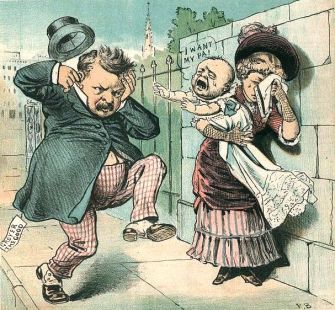 The lead up to the 1884 presidential election erupted in a scandal over an illegitimate child, fathered by then candidate and New York Governor Grover Cleveland. As a result, Republican operatives spread a chant meant to assassinate his character, “Ma, ma, where’s my Pa?” After his victory, supporters responded, “Gone to the White House, ha, ha, ha.”

The two-term president was rumored to have had an affair 10 years earlier, with 38-year-old Maria Halpin, in Buffalo, New York. He was 37 at the time. The event was particularly scandalous given the outcome—she gave birth to a son, Oscar, and even gave him the surname Cleveland. Shortly after, she was placed in a mental asylum, while the child was taken away and adopted by another family.

Rather than deny the affair, Cleveland’s Democratic allies smeared Halpin’s reputation, saying she’d been casual with her affections and who knows whose child it was. It helped that Cleveland was a bachelor at the time. The truth may be darker still. The book, A Secret Life: The Lies and Scandals of President Grover Cleveland, reveals an affidavit signed by Halpin that claims she had fought off Cleveland’s advances. According to her, he responded violently and forced himself upon her. Halpin was released from the hospital soon after and although she was interviewed several times, she never wavered on her son’s paternity. 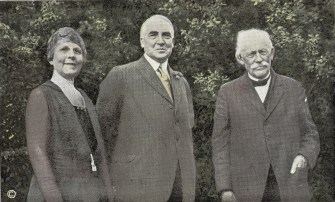 President Harding’s administration was considered one of the worst in the nation’s history. It was rife with scandal, bribery, and corruption. He also admitted to a number of affairs, including with Carrie Fulton Philips, the wife of his friend, James. With Nan Britton he’d even fathered an illegitimate daughter. Republican operatives worked to shield the president from the press and his rivals, as well as to hush those he’d had intimate encounters with. 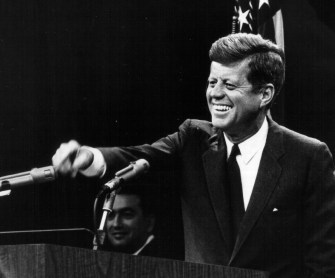 There are those JFK supporters who claim the medication for the rare and painful condition he had, Addison’s disease, may have caused him to have been more amorous than he normally would have. The press at the time kept quiet about his affairs, perhaps because the White House press core was an all-boys club, or maybe they protected the president’s reputation in light of the Cold War. 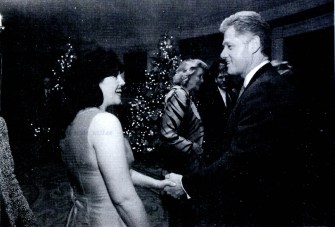 Bill Clinton shakes hands with then-intern Monica Lewinski at a White House holiday function. This photo would later be submitted as evidence in the Starr investigation. Credit: Getty Images.

Perhaps the most famous case in modern history, Bill Clinton was accused of sexual relations with White House intern Monica Lewinsky, with a sexual act said to have actually occurred in the oval office. What many miss is that Clinton wasn’t impeached due to his tryst but for lying about it under oath. As with Andrew Johnson in 1868, the Senate acquitted Clinton of his impeachment.

A 1998 Gallup Poll—the same year the president admitted impropriety, found that the American public was surprisingly tolerant of presidential extramarital affairs. The presidential incidents mentioned here seem to bear this out.

To learn more about the political price JFK may have paid for his impropriety, click here.

The history of April Fools’ Day is long and glorious. We’ve got seven of the best pranks of all time for you here.