55 caskets, covered in United Nations blue flags, have been sent from North Korea to the Osan Air Base in South Korea, in order to eventually be returned to the United States.

Retired Air Force veteran Ernest Lee of Cherry Hill, N.J., who was in Osan just for the occasion, summed up the day: “It’s time to bring them home.”

The United States will fly the caskets to Hawaii and begin to identify the soldiers with DNA testing, so they can get to their proper resting places across the country. In the past, some caskets returned in the same manner contained animal bones as well as those of people who were not U.S. troops. 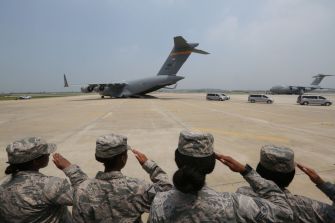 U.S. soldiers salute to vehicles transporting the remains of 55 U.S. soldiers killed during the 1950-53 Korean War, after arriving from North Korea at Osan Air Base in Pyeongtaek on July 27, 2018. (Photo: AHN YOUNG-JOON/AFP/Getty Images)

Because there are still a vast number of remains that North Korea hasn’t released yet, it’s not clear if this is a huge step in the tentative detente between the two countries, or instead a smaller, token effort; since Kim Jong-un met with our current president, there has been an expansion in facilities that produce fissile material, as well as an increase in those making components for solid-fuel missiles. Indeed, the “denuclearization” negotiations are stuck as of right now, so it’s unknown whether or not this is a sign of improvement.

The repatriation ceremony for the 55 soldiers will be held August 1 in South Korea. 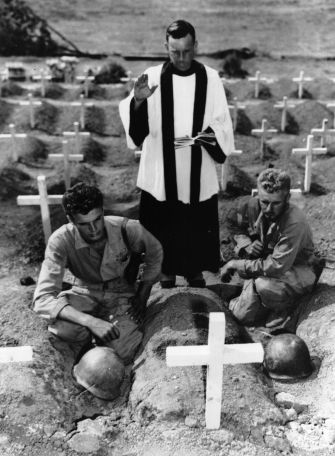 New Podcast: There Is No Big Bang Singularity

Did the Universe begin at time t=0? Did space and time emerge from that?The Universe, today, is expanding and cooling, as the volume of the Universe increases while the number of […]