When Prince William and Duchess Catherine — that’s Kate Middleton to you — name their third child, they’re likely to choose a name of one of the baby’s royal predecessors. This is something (presumably) given lots of thought, and each name comes with a real History, with a capital “H.” Given that most Windsors get a slew of names — Prince Charles, for example, is Prince Charles Philip Arthur George — it’s quite the game of mix and match.

There are a set of names from which the royals traditionally draw, so it’s likely Wills and Kate will select one or more of them for their infant. No guarantee, though. It’s modern times, so who knows? On the other hand, the most popular name last year was “Charlie,” so…

There’s never been a King Albert, and it first showed up at the palace as the name of Queen Victoria’s consort. There nearly was one: Edward VII had a song named Albert Victor, but he died before being made the king. Meaning: Defender of the people.

There are rumors that the Middletons are hoping this name makes the cut. There were three Scottish Kings Alexander, and of course, there’s The Great. 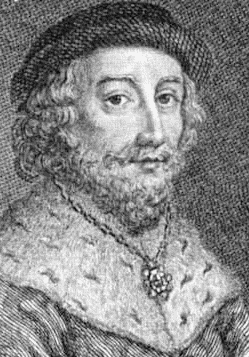 While commemorating Anzac Day, Prince William may have given the strongest indication yet that Alexander is the most likely name to be chosen for the newest royal baby:

The man mentions the name “Alexander” and the Duke of Cambridge replies “Funny you should say that!”

Is this the biggest clue we may have a Prince Alexander? #RoyalBabyhttps://t.co/VXiYW3o8VI

This is the current odds-on favorite for the new baby. Prince Charles has this as one of his middle names. Also the legendary, likely mythical, leader of the Knights of the Round Table is not a bad image to conjure.

Prince Charles is likely to ascend the throne as Charles III. There were to Kings Charles in the 1600s, and the family’s been keen on this name since Charlemagne. Freeman.

Every king that had “Edward” somewhere in his name used it upon taking the throne. It’s been used eight times and is tied for first place with George. Think Edward the Confessor and Edward the Martyr. Dark much? Maybe ignore the last Edward, the VIII, who abdicated. Noble strength.

Also no King Frederick, but a very popular middle name in the royal clan. Another close call, like Albert, since George III’s brother Frederick didn’t live long enough to make it to the throne. All of the last four King Georges had this as a middle name. Peaceful ruler.

Well, we know the baby’s first name is unlikely to be George because it’s already his big brother’s moniker. St. George is one of England’s patron saints, and George has been the name of six kings and nine royals altogether. King Edward VIII had it as one of his middle names, all four of them having been the names of Great Britain’s patron saints. Farmer.

“Henry” has been nearly as often-used as George. The last monarch using it as a second name was William IV, AKA William Henry. As a first name, it’s got to be associated with the, shall we say, "larger-than-life," Henry VIII. Six wives. Yipes. Ruler of the estate.

This name has fallen into disuse recently, even though there were two kings named James. This is deemed a dark horse candidate for Will’s and Kate’s baby boy. Supplanting.

Good name for a pope, not so good for a king, due to the iffy reputation of the one King John so far. Nasty piece of work.

Another non-kingly family name, but toddler Prince George has it as a middle name, as does his dad. Famed warrior.

Prince Philip has passed his name down to William and wee George. There was a King Philip, dubbed as such as the husband of Queen Mary. Fond of horses.

Sure, there was Richard the Lionhearted, but King Richard III left such a bad taste in everyone’s mouth that the name is not likely to be exhumed for use soon. Blame Shakespeare. Brave power.

Our current Prince William is the latest in a long line of them, dating back to William the Conqueror, an imposing historical figure indeed. Six Williams so far, with four who’ve been King William. William the Conqueror was the first one, so it’s a powerful name. It's also Daddy’s.

There are other names that show up from time to time among the British royals, but these are the most common and popular. Others are Brice, David, Indulf, Kenneth, Michael, Nicholas, Octavius, Quincy, Stephen, Thomas, Unready(!), Victor, Xavier, and Zeid.

Hey, if there are any names here you like that don’t get selected, feel free to royal-up your own clan.

Smartphone addiction: Do we need a ‘recommended daily intake’ app?

One of the makers of the iPhone is calling on Apple to study the smartphone’s addictive nature. Will they listen? Will we?