The gala nuptials for Henry Charles Albert David Mountbatten-Windsor—AKA Prince Harry—on May 19 reminds us how we long for royal marriages where the couple lives happily ever after, as they inevitably do in fairy tales. Alas, this doesn’t always turn out to be the case, as in the anguished, ultimately tragic marriage into which Princes Harry and William were born. It’s all the more uplifting, then, to see the princes grown-up and happy in love. William and Kate, having first gotten to know each other as friends in school, seem so clearly happy, and now Harry has his Meghan. Dare we hope for as happy an ending for them? (Since we call the prince “Harry,” We’ll call her “Meghan.”)

Certainly, Britain’s astrologers say the (astrological) signs are great, as do the folks at MogulMatchmakers.uk, who claim to have qualifying matchmaking experience with celebs and even royals. But what does psychological research say?

There’s been a wealth of research on what makes for a satisfying marriage/long-term relationship. Underlying much of the study has been a very simple question: Do partners who are alike do better or partners who complement each other? Various teams have come up with similar answers, and they’re surprising.

There are just three areas where being similar to a mate seems to be crucially important, with incompatibility a deal-breaker:

One study looking to understand this better questioned 308 Finnish couples regarding three attribute categories, and their level of satisfaction in their relationships.

Subjects were asked whether they would characterize themselves as politically left or right, liberal or conservative, and committed to protecting the environment.

Research suggests that, though not overwhelmingly strong, there’s something of a correlation between shared values and happy marriages. Respondents were asked about the degree to which they relate to Schwartz’s 10 basic values, summarized by Gregg Henriques writing for Psychology Today:

The strongest connection appeared to occur with agreement on universalism and tradition. Satisfied couples showed similarities in all of these values, in fact, except stimulation and benevolence.

Subjects were asked to describe their own levels of:

It may be that when there’s a personality clash between people, their relationships never make it to the marital stage, and thus these differences are pre-selected out of a sample of long-term couples.

So what does this say about Harry and Meghan?

To really run the lovebirds through the psychologists’ gauntlet, we’d have to know them on a personal level a lot better than we do. We know Prince Harry and Meghan Markle as celebrities, and barely as real people at all. 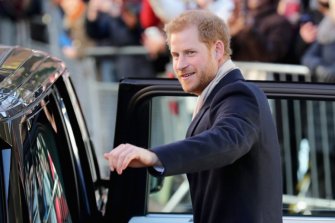 On the most important values to share for a happy couple—political leanings and attitude, and environmental stance—we’re largely in the dark, especially about Harry. His political preferences are closely guarded as a member of the royal family. He is pro-environment and has joined with his environmentalist dad speaking out about climate change. Of American Meghan we know a bit more: she campaigned for Hillary Clinton, is no fan of Donald Trump, and has been an outspoken ambassador for women’s rights. We don’t know her environmental position, though her being a partial vegan may offer a clue. As far as religion goes, Meghan was recently baptized in Harry’s Church of England, having previously been Roman Catholic. So, it seems likely the two are similar on these potential dealbreaker topics, though it’s hard to know for sure from here.

Though studies don’t make shared values dispositive to a satisfying relationship, they can’t hurt, and here it seems that the two have a lot in common. 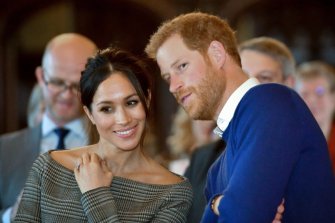 Though as a younger man, hard-partying Harry was big on hedonism and stimulation, he’s honored a personal vow to take up his late mother’s work once he reached 18, and has been impressing Brits with his self-direction and benevolence, as defined above. Meghan, too, is a hard worker and has been a vocal advocate for issues she cares about. She seems to resonate with self-direction, universalism, and benevolence. It seems Meghan also anonymously ran a blog (now offline) called The Working Actress, dedicated only to supporting her fellow up-and-comers.

Made for the job

Being a royal is a job, albeit a ridiculously high-paying one, that requires living in the public eye, surviving 24-hour scrutiny and mobs of rabid paparazzi whose attention can be literally deadly, as Harry and William know all too well. An unwillingness to subject oneself to this madness is reportedly at least part of what caused Harry’s previous relationships to fail. Harry, of course, has been in training for all this attention his entire life. 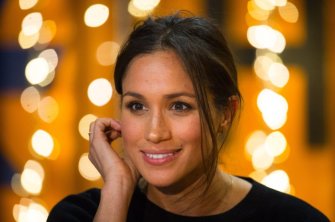 For Meghan, there’s little new in any of this. As an actress and activist, she’s been paparazzi bait for some time. Yes, she’ll need to be tutored in royal specifics, but never has a British royal wed a woman arrived so skilled at dealing with the glare of the spotlight without losing her poise, warmth, and ability to be down-to-earth. Harry himself is credited with sharing his mother’s open-hearted charm, and in their eagerness to make human connections with help people in need they are in profound agreement.

With the caveat that we don’t really know Harry and Meghan, it does look from the outside like this could work. They’ve got chemistry to burn and lots of projects, goals, and values in common. Happily ever after may not be such a stretch.

A new report from data company Wealth-X shows that the world’s billionaires enjoyed a sharp increase both in number and wealth over the past year.