The dangers of becoming the target of an internet troll are worrying. Besides the uncomfortable aspects one might shake off, internet trolls spread spurious accusations, ruin reputations, and have even caused cases of suicide. It’s important to understand the phenomenon of trolling and those who perpetrate it, as some research suggests it may be more pervasive and cause longer lasting damage than traditional antisocial behaviors.

Surprisingly, little research has gone into the phenomenon. Trolling and cyber bullying are somewhat related. Trolls glorify in their own worldview. As such, they bait others of different bends on social media in order to mock and abuse them. They’re motivated by a need for attention, by boredom, by a flash of excitement due to causing others pain, or by exacting revenge.

With trolling, the attack must captivate an audience, whereas with cyber bullying it may not be required. Without the shock and attention of others, trolls quickly get bored and move on to the next platform to begin baiting other unsuspecting victims.

One facet of social media that’s given space for trolls to thrive is the “online disinhibiton effect.” This is the idea that one can remain anonymous online and so not experience any of the negative social impacts that similar face-to-face encounters elicit. Though psychologists have done a good job at explaining the forces which gave birth to the troll, they don’t really know who these people are and what drives them. 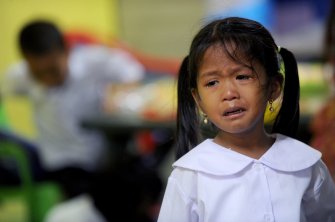 Bullying on and offline is often perpetrated by those with similar personality traits. Getty Images.

Two Australian researchers, in a study recently published in the journal Personality and Individual Differences, now give us fresh insight into this disturbing trend. These psychologists set out to describe the personality profile of your average, internet troll.

Natalie Sest and Evita March at Federation University in Australia conducted the study. They developed an online questionnaire out of a number of other psychological metrics. It quantified their personality traits and what kind of behaviors they displayed online. First, researchers looked at the Global Assessment of Internet Trolling (GAIT). This was originally a four question assessment. Sest and March added four more items, and now suggest that the original may not be sufficient.

Items included statements like, “Although some people think my posts/comments are offensive, I think they are funny.” Respondents answer somewhere along a five point scale, where 1 = Strongly Disagree and 5 = Strongly Agree. Sadism was measured through the Short Sadistic Impulse Scale. Qualifying statements included, “Payback needs to be quick and nasty” and “People would enjoy hurting others if they gave it a go.” Respondents answered using the same five-point scale.

Lastly, empathy was measured using the Empathy Quotient. This test includes a four-point scale, where 1 = Strongly Disagree and 4 = Strongly Agree. Items include, “I am good at predicting how someone will feel,” and “I get upset if I see people suffering on news programs.” It also evaluates social skills with items like, “I find it hard to know what to do in a social situation.” 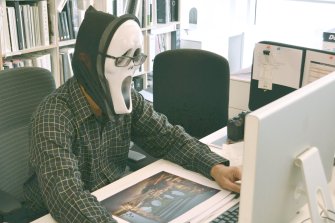 Many trolls have poor social skills and act out as a form of revenge. Pexels

415 participants took the assessment. 36% were men and 63% women. Their average age was 23. What they found was that men were far more likely to become trolls. They had higher levels of psychopathy and sadism, which is what ultimately predicted trolling. Trolls aren’t necessarily devoid of empathy. Instead, they have high levels of cognitive empathy, or understanding the emotions of others, but far less affective empathy, or internalizing those emotions, sort of feeling them for yourself.

Their psychopathic tendencies tended to outweigh total empathy. Trolls usually had poor social skills, too. Rather than act as an outlet for pent-up frustration, researchers found that trolling actually ended in negative psychological outcomes for the troll, even though they were the perpetrator.

Researchers wrote that, “Trolls employ an empathic strategy of predicting and recognizing the emotional suffering of their victims, while abstaining from the experience of these negative emotions. Thus, trolls appear to be master manipulators of both cyber-settings and their victims’ emotions.”

He’s studied apes for 50 years – here’s what most people get wrong.
▸
6 min
—
with
Frans de Waal
Up Next
Culture & Religion