Not so long ago, we had better maps of Mars than of Antarctica. But in one fell swoop, the South Pole has moved from bottom to top of the class. The world’s southernmost continent now is the world’s best-mapped land mass. And for that, we may thank REMA, the Reference Elevation Model of Antarctica.

“Thanks to satellites, a s***ton of computer power, and a lotta work, we now have a more detailed map of Antarctica than we do of any other continent”, said glaciologist Mike MacFerrin, tweeting as @IceSheetMike; however, “you’ll need 150 TB to download the whole thing.”

REMA, developed by the Earth Sciences department at Iowa State University and the Polar Geospatial Center at the University of Minnesota and the University of Illinois, has produced a map of the frozen continent in a resolution 100 times higher than before. Whereas the standard resolution for comparable maps is 1,000 meters (app. 3,280 ft), this one has a resolution of either 2 or 8 meters (6.5 or 26 ft), depending on the where you look at the continent. 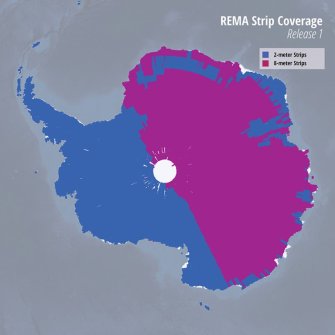 That’s way more detail than the collective picture of any other continent. To put that in perspective, the 150 terabytes produced by REMA on Antarctica is

REMA “provides the first high-resolution, high-accuracy terrain dataset of approximately 98% of the contiguous continental land mass of Antarctica, extending [from the South Pole] to 88°S,” the project website states.

The map, built with data extracted from satellite imagery, is not just static. Ongoing input will provide scientists with the most detailed overview of shifting landscape patterns in Antarctica ever—from changes in snow cover, ice flow, glacier thickness, and all manner of geological activity. 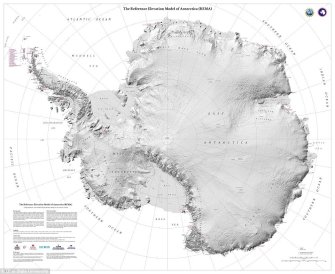 But why do we need all that high-resolution imagery for what is essentially a big hunk of ice? Because Antarctica is a crucial bellwether for the study of global climate change and a potential source of dramatic sea level rises. Nature recently published a series of studies on changes in Antarctica. Here are some key findings: 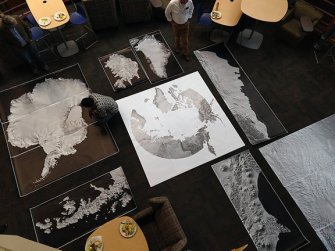 This Is Why There Are No Alternatives To The Big Bang

Not everyone is satisfied with the Big Bang. But every alternative is a disastrous failure.It’s treated as though it’s an unassailable scientific truth: 13.8 billion years ago, the Universe as […]