Albert Einstein’s theory, first published over 100 years ago, held that gravity happens because matter curves the fabric of space/time. Several of its components have been proven over the years, but this is the latest.

In a paper published on July 26, researchers demonstrated that “gravitational redshift”—a prime component of the Einstein theory around gravity and space/time—is definitely happening near the massive black hole at the center of the Milky Way. What they observed is the phenomenon of light waves, as they escape the strong gravitational field of the black hole, being stretched, which makes the light itself redder. 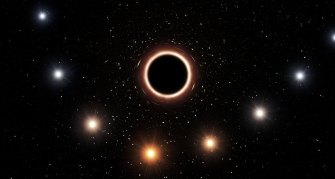 It was all observed using the Very Large Telescope array in the Chilean desert. The redshift was exactly what Einstein predicted it would be in the theory of relativity.

Gravitational redshift has been observed before by scientists, but this is the first time it has been seen around a supermassive black hole.

The one at the center of the Milky Way has a mass of four million times that of our own sun, which means it has a commensurate gravitational pull that affects everything that ventures anywhere close to it. 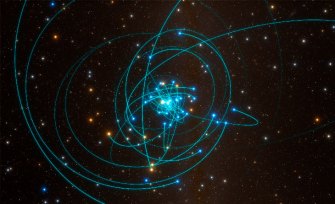 In this case, it’s a star named S2 that is in a 16-year orbit around the black hole. Scientists began observing it after its last pass by it in 2002. However, due to distortion from Earth’s atmosphere and various other interferences between here and there, they had to use four separate telescopes in the Very Large Telescope array at the same time. “You can bring the light together from these four telescopes and thereby generate a super telescope … and that does the trick,” study co-author Reinhard Genzel, astrophysicist at the Max Planck Institute for Extraterrestrial Physics in Garching, Germany, elaborated.

Einstein also predicted that such orbits rotate over time; this was proven by our own planet Mercury just a few years ago. S2’s orbit is also expected to rotate, eventually.

The star travels at a very fast clip of 3% of the speed of light.

It marks the company’s biggest stock market drop ever.