What’s the oldest color in the world? Researchers from the U.S., Japan, and Austrailia have been digging in the Sahara desert and have found out that none other than hot pink appears to be the world’s oldest surviving color.

No—archelogists didn’t uncover the world’s oldest H&M. The color is actually the color of the fossils of chlorophyll, discovered in black shale sediment that occurred naturally back when the Sahara was a giant body of water. These particular fossils go back 1.1 billion years where there’s a gap in knowledge between how microorganisms became larger animals. The pink was created by cyanobacteria, which was a dominant presence on Earth before algae took over 650 million years ago. Algae helped support larger life, so it’s good that these researchers, who published their findings in the journal PNAS, found the dominant food source of life back then.

Perhaps Wednesdays 1.1 billion years ago looked a little something like this: 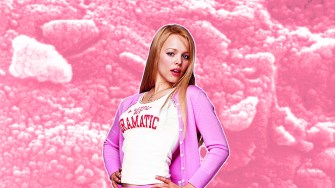 (Side note: Can you imagine being on a planet with just algae for 100 million years? That’s a long, long time of not a lot happening. Ever waited for a public transportation for an hour? Imagine that times 24,000,000,000. Hope you brought a good book or a podcast, amigo.)

This is the comedy special we need right now

Hannah Gadsby claims “Nanette” is her exit from the stage. But she can change her mind.